AFTER THE GOLD RUSH 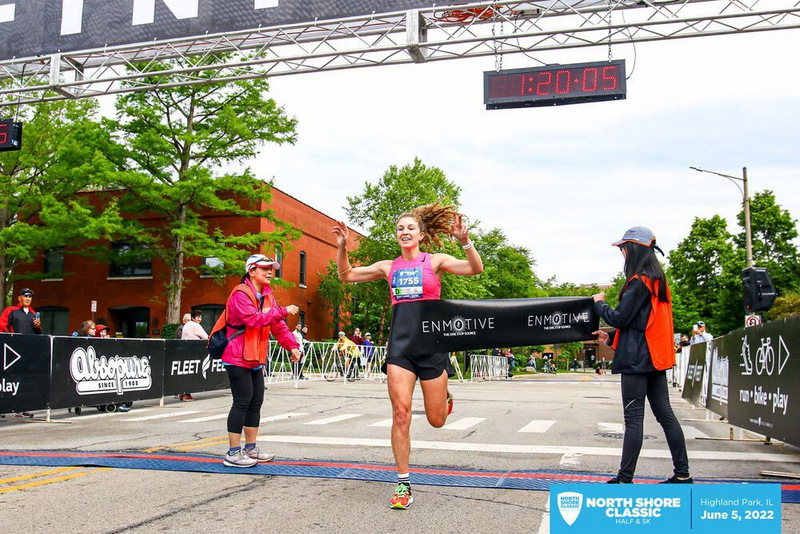 Stablemate Rachael Brewer bounced back from knee surgery to take the win at the North Shore Classic Half-Marathon in Highland Park, Illinois.

In 63°F and overcast conditions, the PE-teaching, XC/track-coaching flyer soared through the field in an impressive, post-op best of 1:20:05. Brewer also fared well against the men: sensing a top 10 standing, she dove home in ninth place.

The Stable News sent Ally “the Chin” Smith to hear from the comeback kid:

AS: Hiya, Rachael; long time no see. Looks like the surgery was a success. How was the half-Mary?

RB: Thanks, Ally; great to see you. It was a well-run race. The only downside was that I did not have any other females to run with.

Thankfully, a guy ran the entire race with me, so that was extremely helpful.

The race was more hilly than I expected, but overall it was a good course!

AS: Woo-hoo! Massive congratulations, Rachael. The chips and peas will keep getting stronger, and the times will keep dropping. What do you have your eyes on next?

AS: Yee-haw! What a way to celebrate Independence Day. Good luck with that one, Rachael. Catch you later.

The News jumped round to Coach Stazza’s gaff for a bit of blurb.

And what do we have here, then? A first-place finish for Rachael Brewer.

After ”Dr” Loyd Grossman went through the keyhole on her knee, she is back in top form.

A perfect way to start the next big block of training. Good man!”