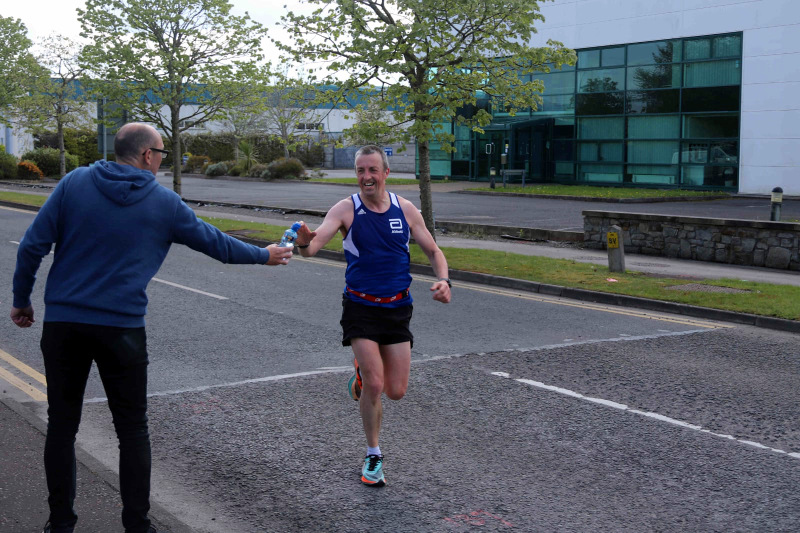 The little “Bobby Dazzler” had to contend with the warm and humid Irish summer, which made it all the more punishing. He narrowly missed out on a PB (his best is 1:03:47, from back in 2017).

The Stable News met up with Darren to hear his thoughts on the race:

“Nice to get back racing for the first real race since last September. A very warm and humid day. I was going OK for the first mile and a bit, but then we started to hit the rolling hills, which I found tough going, and I struggled the rest of the way.”

“10 miles in the rolling Irish countryside? Sounds like heaven … on a bike, ha-ha! Seriously, great running Darren; 64 and change is fair moving.”

We also had to get a hold of the all-powerful Coach Stazza for his worthy words of wisdom:

“64 and change for a lumpy 10-miler is fantastic running, Darren! Don’t you worry about the PB this time. I have some special sessions coming up for you that’ll blow that out of the water. Get ready. 🙂

Dazzling Darren was all set for digging in to his Dublin Marathon preparations, but unfortunately, as you’ll all know, he’s now looking for a Plan B. Anyone up for giving him a Manchester spot?