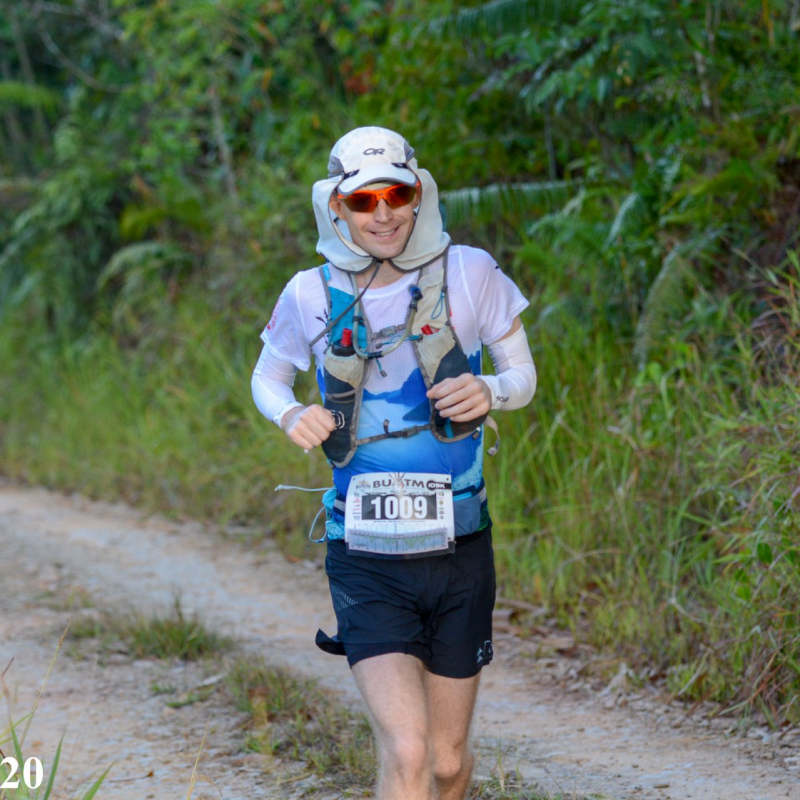 Mark Steacy is the crown prince of Malaysian ultra running.

My ability to eat lunch when most people are having breakfast.

To be able to time travel.

A toss-up between getting a distinction in my master’s dissertation, or winning my first ultramarathon (having never run a marathon before), nine months after “starting” running.

Those who the history books do not consider “heroes”—the cannon fodder, those who had to fight in vain, those who were slaughtered mercilessly for the mere act of being born in the wrong place at the wrong time.

Those who the current social media generation do not consider “heroes”—people who are going around trying to make a positive difference to the world in whatever way they can (rather than those who are just in it to seek fame).

Working towards a meaningful goal that is just out of reach.

Anywhere with trees and fresh air.

Third-level education and research. (That way I’d have access to bigger libraries.)

It’s something that allows me to start off each day in a positive way: to be able to give me the headspace to deal with what is coming during the day ahead; to “still” my mind; to overcome obstacles and keep myself grounded. (Running an ultramarathon in hot and humid conditions is a good reminder of just how inadequate we can be against the elements.)

The camaraderie and support from fellow Stablemates.