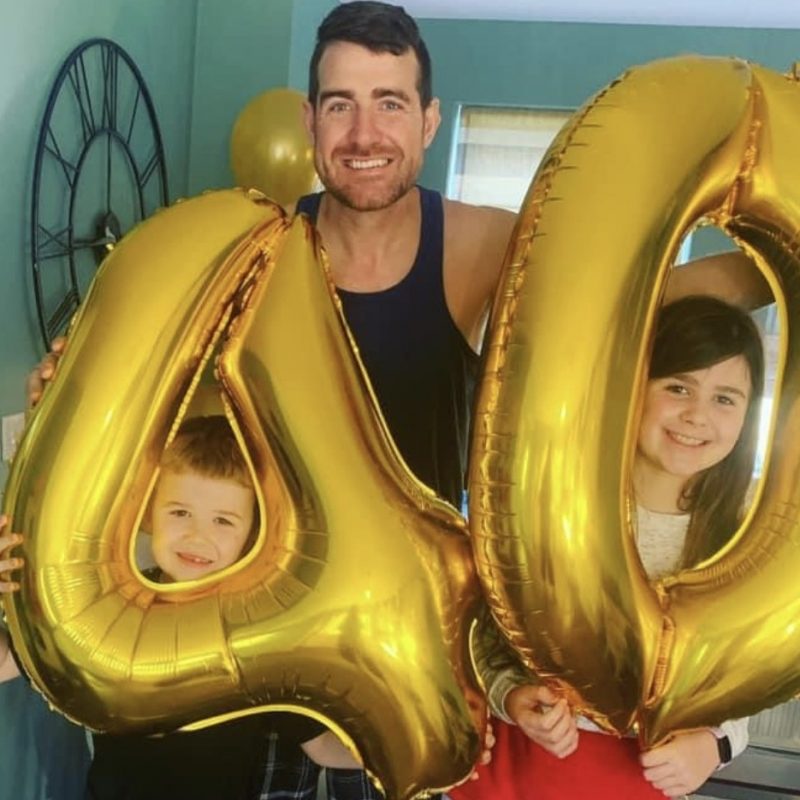 Matt Garner reminds you to check your rear-view mirror.

“Hi, Guys”—more a welcoming in my campest voice. 😃

Ed Sheeran and Kings Of Leon; but I love everything from Frank Sinatra to Eminem.

To be an amazing guitar player and artist. 🎸

My kids and being a dad. 😍😍 I’ve also raised £15000 for charities over the last two years, running three marathons. 🏃‍♂️🏃‍♂️

My dad; I’d give anything for one more conversation with him. When I was younger, I loved football, so it would have been Alan Shearer. (I’m a Blackburn fan.)

My mum 100%; she’s amazing, will help absolutely anyone in a second, is there for me no matter what, and is just the most amazing human being.

Spending time with friends and family at my house, having a kitchen disco with me throwing out a few songs as well on the guitar. Also, anytime I run I’m at peace; headphones in, off I go in my own world. Now, my two kids are starting to wanna join me, which is amazing as well.

Somewhere exotic with year-round sun, ☀️ but in England I’d love a massive old converted barn in the middle of nowhere.

A musician. In a past life, a pro footballer.

A chain of my dad’s I got after he died, and for my 40th this year my mum gave me his wedding ring as well.

I was playing football after making a comeback at 37, back in 2018. We had gotten beat, and it was 10:30 p.m. and my head was racing. I sat up and said to my girlfriend, that’s it I’m going for a run. (She looked at me like I was crazy.) 😂 I’ve never really run in my life, even when I played football at a decent level. I did three miles, and it nearly killed me 😂; but I was hooked. 🏃‍♂️ Six months later, I did my first marathon, ran a 3:27, raised £4000 for charity, and have been addicted ever since.

Running is my escape and happy place/time. I’m a driving instructor, so I’m sat down eight to 10 hours a day teaching, so there’s nothing better than getting out the door—either before or after work—to clear the head.

Not Stazza, he’s a bit weird. 😂😂 Of course, I’m joking; he’s been amazing from day one, and so have The Stablemates on Strava. It’s been a great first few months meeting people on there with the same goal as me (to run a sub-3 marathon); but also to see others way way better than me and see how they work. I also like seeing others just starting their journey, setting their goals, and achieving them.