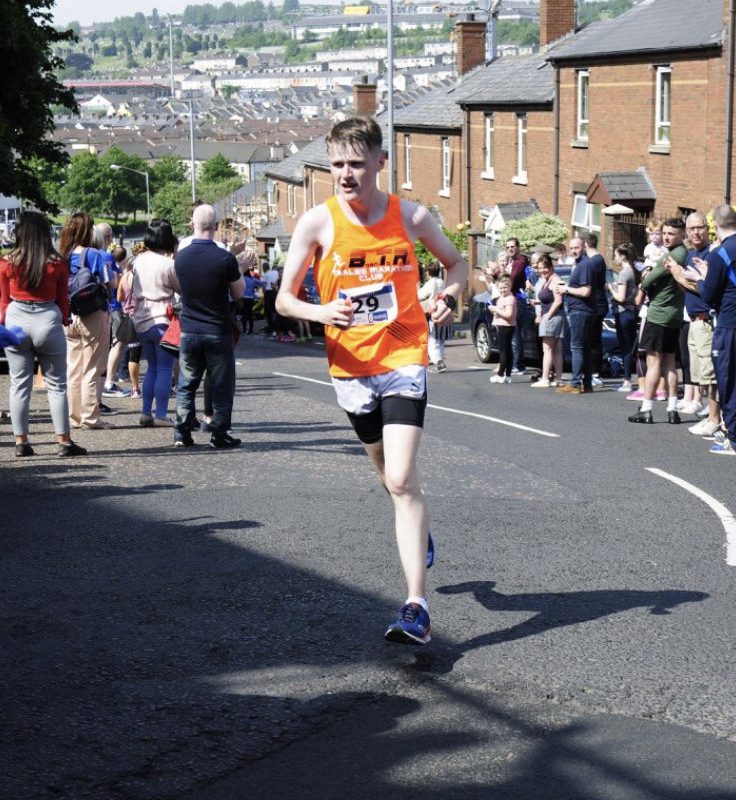 Kerry-based twentysomething Simon Hallissey has registered competitive performances in distances as diverse as half-marathon and 100 kilometres.

Always giving everything I do my best, regardless of what the outcome is.

My greatest achievement, I would say, was finishing the Tralee 100K Ultra Marathon in August 2016. I was 19 at the time and had only started running in February of that year; I’d decided, along with a friend, to randomly run a 10-mile race with no training at all. After that, I saw the 100-kilometre race advertised. I was intrigued by the distance and wanted to see could if I could run it; so, I would say finishing that is still my greatest achievement to date.

I’m a massive Liverpool fan, so there are probably five or six players from years gone by who would be heroes to me. But my hero in real life would be my grandmother. She’s an amazing person. Her attitude to life has always inspired me; she puts others before herself and has always supported me in everything I’ve tried. (We won’t show her this, though

Simple things, like being surrounded by friends and family, travelling to football matches, continuing to run and seeing where that takes me.

Whenever a DPD van pulls up outside my front door, I know straight away—because my Nan starts giving out

! She knows that shoes are certainly on the way in. I like trying out different running shoes, so that’s probably my greatest extravagance.

Normally, I’m not too bothered about running medals, but my first marathon medal is a treasured possession.

I was in college, and I was drinking two or three times a week; I had no real drive or focus on anything. I wanted to change the way I was living and become healthier and happier with myself, so I took up running and haven’t really looked back.

Running, outside of family and friends, is the most important thing to me. If I’m having a bad day, going for a run can bring some much-needed positivity to it. I don’t think I’ve ever regretted going for a run.

What I like about Stazza’s Stable is that everyone in the group supports one another and always offer encouragement to each other. And it brings runners of all abilities together.

Give your best at everything, and once you’ve done that, you can’t have any regrets!