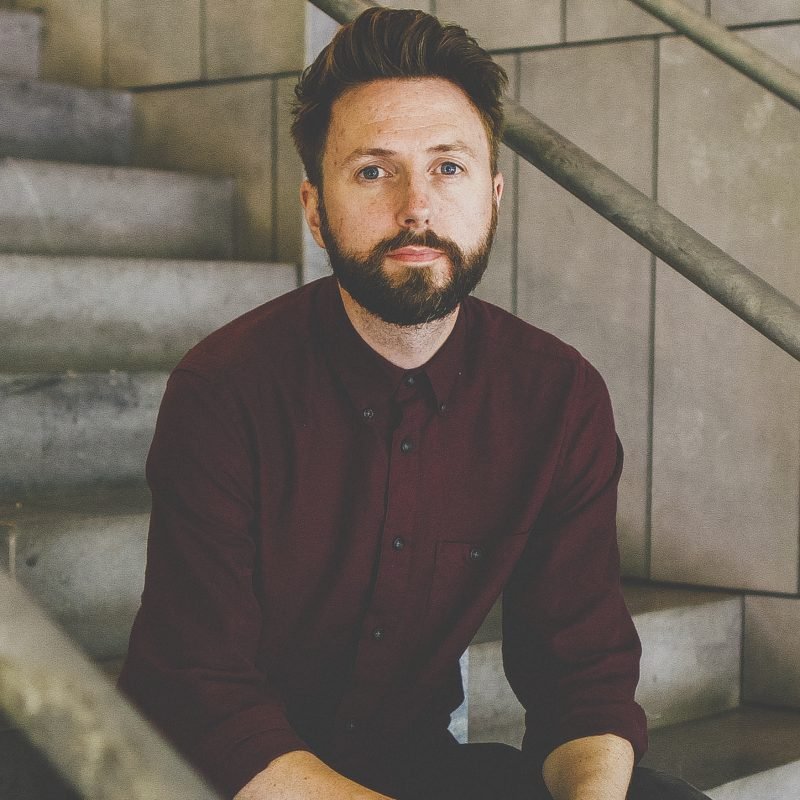 ​Curating art or curating lunch; it’s all in a day’s work.

As you can imagine, thinking and talking about colour makes up a significant part of working in an art museum. The way people react to artworks is informed by their individual relationship to colours. These relationships are influenced by memories, experiences, and societal impacts.

Enough of that! I love the energy of the colour red! Mark Rothko’s colour field paintings, very often using red or “Red Over Red”, were/are famous for bringing people to tears. Art theorists have long contemplated why these geometric plains of colour had such a profound impression on people; perhaps it’s because the colour is so often connected to desire, seduction, and sin!

Empower—I work with marginalised and disadvantaged communities and provide them with opportunities to share their experiences in the public realm. By providing these communities with the confidence and means, we are empowering them to better advocate for their rights. I feel there is real strength in the word (once it’s backed up with action!)

It’s too hard; it’s like picking your favourite child! Today, I’ll say DJ Koze; yesterday it would have been Róisín Murphy; the day before …

My wife, Grace, says I rarely answer the question that I was asked, which apparently is pretty infuriating! But it does mean I’ve possibly got a career in politics!

I don’t concern myself too much with the things I don’t have or can’t do.

About 10 years ago, I had one of those life-changing moments and realised I needed to start making the most of my time. I think I’m most proud of the way I reacted to that moment. It has pushed me on to do some pretty good things.

I come from a sports-mad household, and we would have watched a lot of athletics growing up. I was always drawn to those athletes (usually sprinters), who had style and a bit of a swagger, like Michael Johnson or Carl Lewis; someone like John Treacy would never have figured.

Recently, (drawn down a YouTube rabbit hole), I’ve come to appreciate just what an incredible athlete Treacy was. Obviously an amazing talent, but it was his attitude that was world class. This is evident in his race for silver with Charlie Spedding in the ’84 Olympics.

But it is his battle with Steve Ovett in Crystal Palace in ’80 that was truly remarkable. Ovett, clearly the more talented athlete, strides into the last 100 metres hand aloft claiming victory, but the persistence and sheer grit of Treacy meant he kept coming back and back and back. Any other athlete would have conceded to Ovett’s superiority, but Treacy just keeps going and dips Ovett on the line. It’s an amazing race! I think if I could bring a small bit of Treacy’s spirit to my own running I’d be doing all right.

My parents. If I look back on my life and can say I’ve been half as decent as them, then I’ll have done a lot right.

A day that starts with running, finishes with wine, and has the family in between!

I’ve tried living in different places, climates, and cultures but have been drawn back home to where my family is. Cork isn’t perfect, but it’ll always be my place.

I’m really drawn to supporting other people’s creativity, so it’s unlikely I’d stray too far from my actual job! But if I came into a load of cash, I’d set up a studio and give a go at being a music producer! I think there is something about putting individual pieces together to create something greater, like what happens when curating an art exhibition, that might stand to me! And if it went to rubbish, I’d just bring in Rick Rubin to sort it out!

Spending €275 on a pair of running shoes is pretty out of character for me! So, I’ll say my Vaporflys.

I’m not too attached to material possessions, but if something happened my record collection I’d be pretty sickened!

I was doing some work with the Sanctuary Runners (brilliant group by the way), and they asked me to run a leg of the Cork City Relay. I said yes without really thinking about it, and it was such a buzz. I played team sports since I was a kid, and running was always seen as a punishment; you only did it when you had to, i.e. in pre-season, or if you messed up a drill in training you’d be made run! The feeling of running through the streets on that sunny Sunday in June was incredible. I was hooked!

There is a freedom that I feel when running; for that hour or so each day everything else fades away. I love that side of running that enables you to de-stress and get out into nature. I’m pretty competitive though, so I need to be striding for improvements and setting goals.

Although there is a great camaraderie among runners, and it’s fantastic running in a group, coming from team sports there is something refreshing about being in complete control over the performance. You’re not relying on others to meet your levels of effort, nor are you responsible for other people’s success. I’ve been running for a little over 18 months, and there hasn’t been a day where I’ve thought, no, not today. It’s hard to imagine life without running now!

I’ve only been part of The Stable for a few months but immediately you understand how supportive an environment it is. The main reason I joined was to be guided by John and to learn the best approaches to training. There is a comfort in knowing that you’re being led by an expert. What is also evident in my short time is that John has created a culture of excellence where everyone, from the elites right the way through to novices (like myself), is striving to be their best.

I haven’t got it down to a motto yet! But I believe everyone should be treated with respect, dignity, and compassion. And we should all be entitled to the same opportunities, free from prejudices and artificial barriers.