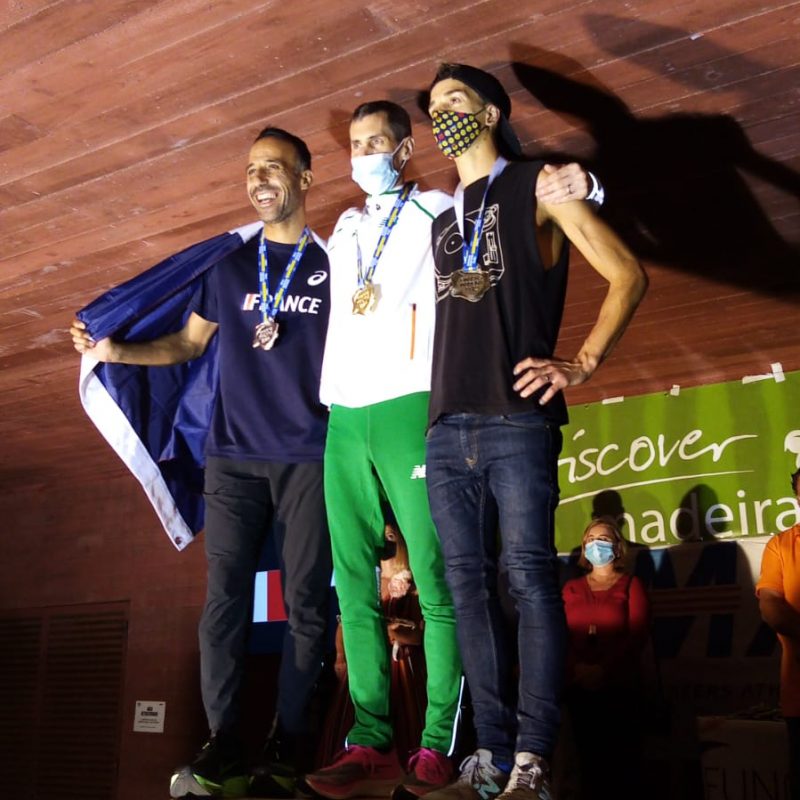 “I’m minded of the great quote by the Kerry writer, J B Keane,” Doran told The Stable News, wiping his brow in the Madeira heat. “Being a Kerryman, in my opinion, is the greatest gift that God can bestow on any man. When you belong to Kerry you know you have a head start on the other fellow. In belonging to Kerry you belong to the elements, to the spheres spinning in the Heavens. You belong to History and Language and Romance and Ancient Song.”

For most of the race, Doran exchanged surges with 68:42 half marathon man, Franks.

“He pulled away from me early on but I worked my way back to him before breaking him,” a delighted Doran said, while supping on a bottle of Fanta. He went on to say: “It was fierce hot and the course was tough but I knew I could do it. I had a dream and now it’s come true.”

Coach Stazza told The Stable News, “The lad ran a belter. I’ve spoken to him about lactate levels, the difference between effort in 10 mile races and half marathons, and how to control the effort—it worked a treat today.”

The Grand Stablemaster, Edwardo Philipeeo Starrett, while eating a caramel muffin, told The Stable News: “Don’t you love it when a plan comes together!” After wiping his mouth, he went on to say: “James is a smashing young man. He’s a credit to Stazza’s Stable, Kerry, and Ireland. It’s not often a fella gets to stand on the podium in a major championship, receive a gold medal, and hear the national anthem.”