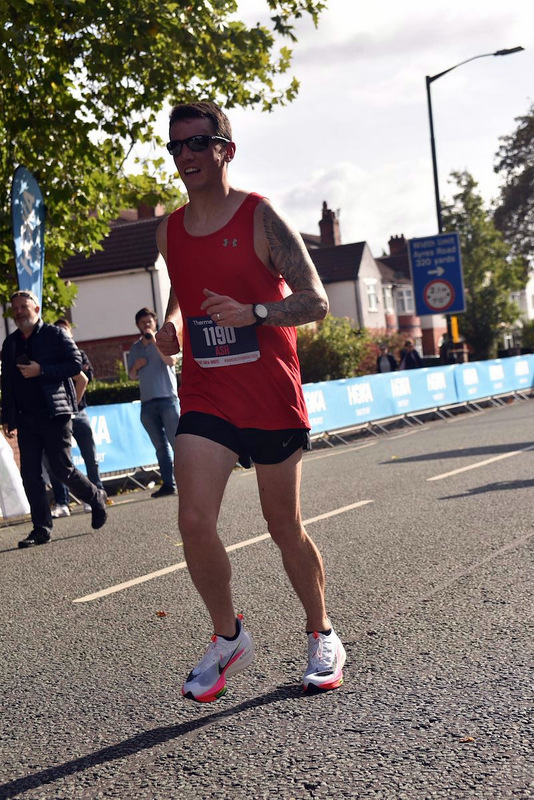 Cool as a cucumber,

Speaking about the weather, Holbrook said, “Some would say it was perfect conditions; others said it was a little warm. I thought it was ideal running conditions.” A nod to various Stablemates who may or may not have inadvertently deleted his report in a shared document … Ally “the Chin” Smith was rightly reprimanded for his colossal cock-up.

After shoving the Chin in the sin bin, The Stable News contacted Holbrook for more insight into his performance:

“Disappointed not to go sub-3. But given I cramped up from mile 18, I managed to hang on the best I could and came away with a PB. Now it’s time to sharpen up on my 5K/10K/HM times and then press on for another marathon next autumn.”

Swinging his baton while standing guard over the Chin, Coach Stazza added, “A gutsy run to come away with a PB, Ash! The sub-3 will come; get ready to be as sharp as a tack for the shorter stuff. What’s that, Ally?”

“Alright, Ally, you’ve said your piece. Another few hours for you … just to make sure!”