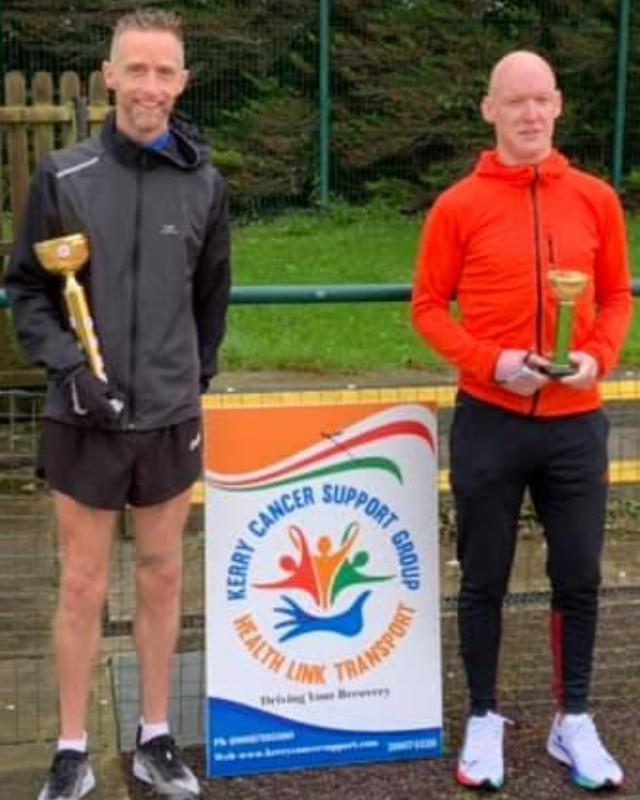 Super cop: in shorts with his Keystone pins out

In his first ever track race, the crime buster put away the field with a blistering finish—perfected chasing/running away from gangstas.

Fondly known within Stazza’s Stable as, O’ Clouseau, the fastest cop in Tralee displayed the tactical nouse of a seasoned pro:

“The Stablemaster told me to tuck in behind the other runners and let the wind break them,” the delighted O’ Clouseau told The Stable News, clutching his huge trophy. “Given the conditions, today wasn’t about times. I sat in behind a couple of runners. One lad pressed on and then in the final laps, I pulled him back in and pushed on past him. I’m delighted with the win and looking forward to the year ahead.”

The Stablemaster told The Stable News he was pleased with O’ Clouseau’s progress and his win. “Following a few years of injuries, O’ Clouseau came to The Stable, hoping to run a significant PB at the Tralee half marathon, but now with the race cancelled, we’ve changed direction. O’ Clouseau will target the Bandit Series, which we put on for our athletes. But today was a great start for him: his finish was like something out of a chase scene from the Keystone Cops.”