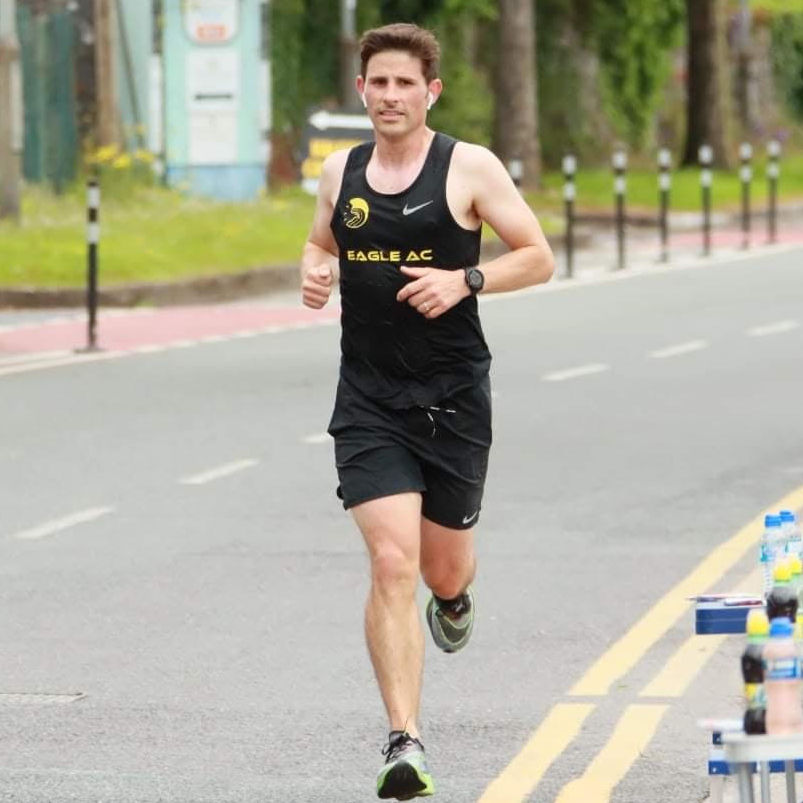 They'd confiscate those earphones at a "real" race.

Stablemate Jason Crosbie smashed out a 1:30:24 as part of the Cork City Virtual Half-Marathon, and best of all he managed to do virtually all of it in Cork.

Looking like one of The Young Offenders nicking a bike, Crosbie flew down Old Crosshaven Railway Path before heading up to Blackrock and finishing with a few loops of Marina Park, a favourite haunt of several Stable superstars.

The Stable News told Ally Smith to get a hold of Jason and hear what he had to say:

Ally: Alright, Jase, so was this a PB or what?

Jason: Kind of; I’ve run a faster HM (1:30:08), but that was on a downhill course in Killarney that might even measure a bit short. So yes, let’s say this was a PB. And I finished 14th overall.

Ally: Lovely stuff. I saw your Strava, and it had it as a PB, so I’m not going to argue. How did it go overall?

Jason: I’ve been aiming to break 90 for a while now, so I’m very frustrated. I had two bad miles in the middle of the race that cost me. However, I’ve been injured for a while and only had one month’s proper training going into this, so I’m confident I’ll break the 90 before the end of the summer.

The Stable News caught up with Coach Stazza, busy ironing Aoife Cooke’s favourite vest and shorts ahead of her big 5K in Kaysville. He had this to say: “Jason ran a great race. Doing a half-marathon as a solo effort is some going; it’s a tough gig. His two bad middle miles wouldn’t have happened if there’d been other racers there. The main thing is he got right back on pace and just missed dipping under 90. It’ll fall—big time—when he gets in amongst it in a race … Right, I better go before Herself catches me slacking.”

Crosbie is building his training back up to get some good consistency for his next race. “Manchester marathon is the main focus, but I’d love to run a “real” race over the summer. Hopefully, the Clonmel and/or Charleville half-marathons will go ahead.”

Here’s hoping too, Jason; keep up the good work!