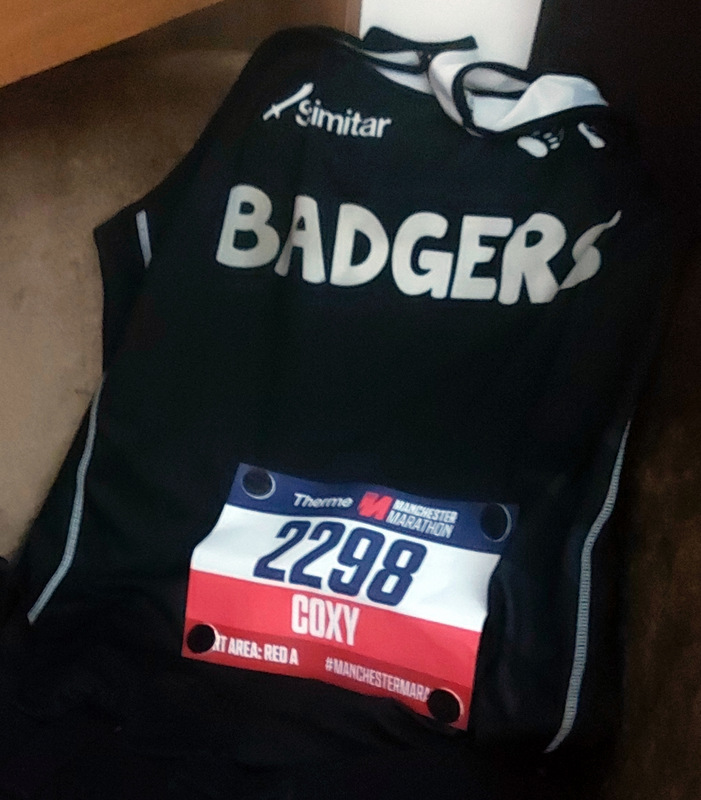 Stablemate and ultra-nutter-floor-layer Mark “Crippler” Cox walloped a carpet-burning 31’ off his PB at the Manchester Marathon—crossing the lino* in 2:51:56 and placing 611th overall.

Scattered clouds and the odd shower didn’t put Cox off; he’s been knee-deep in mud and laminated with pouring rain on the daily training runs for his beloved ultramarathons.

The Stable News got Crippler over to HQ to lay us some new laminate after Ally “the Chin” Smith dropped his massive dumbbell:

SN: Thanks for doing this, Mark; that Ally is some clumsy idiot.

MC: Not a problem. I’m always happy to help the premier newspaper in Ireland.

SN: While you’re here, can you give us a few words on Manchester? I won’t keep you, as you look hard at it.

MC: After only five weeks’ training (and not getting many consistent weeks before that), I never expected to do what I did.

SN: Grand. That is quite the PB from not much training—some things are just meant to be! Congratulations, Mark. Anything else lined up?

MC: Leaving the marathons alone till London 2023 and getting back to the trails. All roads lead to OCC at the UTMB weekend in August. Next race is the Three Peaks Fell Race on April 29.

SN: Very nice; Chamonix will be waiting for you. I’ll let you get on with it.

Coach Stazza popped into the Stable News HQ as soon as all the hard work was done (he wouldn’t want a splinter in those manicured mitts of his): “Look at this lovely job our Mark has done. Almost as nice as that stonking PB he laid down at Manchester … A very impressive trot from the trail runner, and he’ll be holding that fitness all the way to Mont Blanc. Cracking job, Mark—on both counts.”

*All credit goes to Mrs “the Chin” Smith for this spectacular pun. 😉