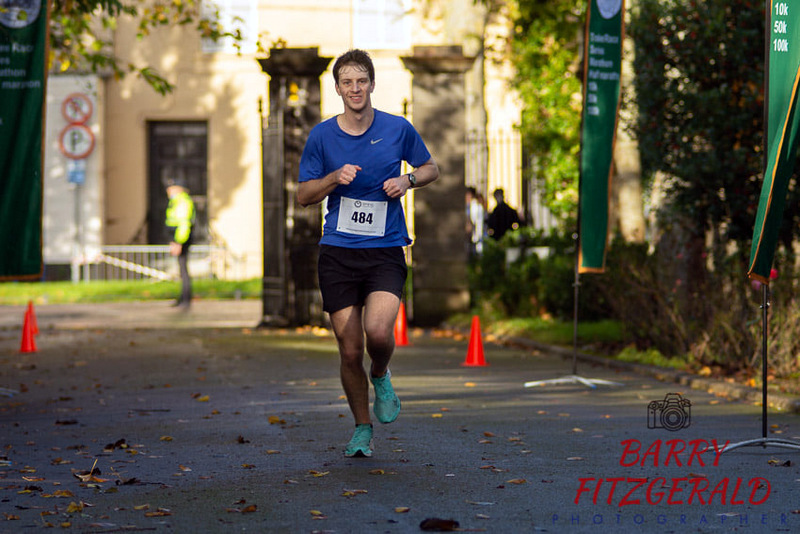 Stablemate Darren O’Connor (30) eventually had his first race as part of The Stable, smashing more than 18’ off his PB.

The Stable News grabbed O’Connor before the banquet Stazza was laying on:

“Finally, my first race as part of The Stable and very surprised with the result—probably about 2-2.5 min ahead of where I thought I was. I was about six weeks back doing sessions after an injury layoff in the summer. So it’s a great indicator of progress, and there’s more to come, especially considering it was a tough enough course with one big climb just over halfway.

The weather was perfect, with some light drizzle at times and a slight breeze, but mostly protected from it by the big hill.

I PB’d by about 18 min, albeit from a low baseline in the Dingle HM a couple of years back before joining the Stable (1:44ish—can’t remember!).”

Calling in from “the Vegas of the North,” assistant coach Ally told The Stable News: “Top running, Darren! A massive PB for all your effort and consistency; well done!”

The Stablemaster staggered out to give us his opinion on young O’Connor’s performance: “Young Darren had a tough time of it with niggles and injury … He stayed patient, and now he has a humongous PB to show for it! Excellent work, Darren; time for more cake!”

O’Connor is back to the grind for his next race: “Manchester Marathon in April—the big one!”