DON’T YOU WORRY ABOUT THAT, NIGEL! 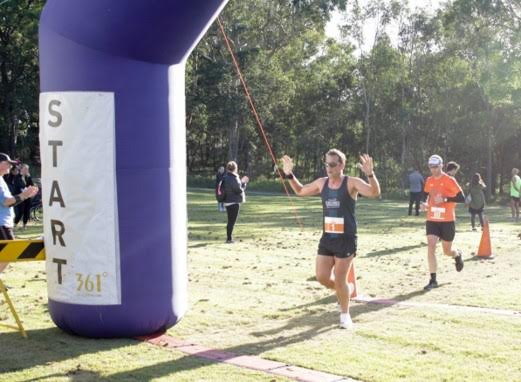 Stablemate Nigel “Grandaddy” De La Rosa (51) obliterated his PB at the Queensland Half-Marathon in Brisbane, Australia, running 1:38:29 to take a massive four minutes and thirty seconds from his previous best in October 2020. In perfect racing weather (11OC and not a cloud in the sky), Grandaddy put all his faith in Coach Stazza and went for it, finishing third in his category (old b*gg*rs) and 32nd out of 94 overall.

The old codger is clearly tech-savvy, as he shared this link for anyone who would like to check out an EDM-laden documentary about the race:

In order to get some peace and quiet around The Stable News office, we flew Ally “G’Day, Mate” Smith on the next Quantas flight out of the U.K. After begging to be let in the country, Ally managed to track down De La Rosa to hear his thoughts:

“Two weeks ago, I picked up a random pain on my right foot and wasn’t sure how this was going to go. It was a lot better by the day, but I still had it in my head that all my fitness had disappeared due to a couple of easier days. Coach left me a message saying, ‘No pressure; just enjoy the run.’

Pick up was on the morning of the race, and I was given bib no. 1!  So I had no choice but to go for it. This race is a major achievement after only six months with Stazza and was such a positive experience—and not just because of the PB. I felt so in control of my running today and knew the right effort to apply.”

Back on the plane to Blighty, Ally had this to say about Nigel’s run: “51 and going great guns. I’d hazard a guess that Nigel has a good base from his time in the British and Aussie armies. But to take almost five minutes off a HM in six months with The Stable is some going. Well done, mate.”

Coach Stazza, busy pumping up his bike tyres for the next session with Aoife, gave us this snippet of wisdom: “Nigel is almost as old as me, but in Stazza years I’m 105 years old. He trusted the process, and the easy days before the run with a sore foot were a blessing in disguise … more recovery! ☺ And you all know how much I like to go on about that!”

So what’s next for “Grandaddy Cool?”

“Jetty 2 Jetty 10K in July and Sunshine Coast Half-Marathon in August, then on to a three-month marathon training block for the Queenstown Marathon in New Zealand.”

All the best with it, Nigel!