ELLE GOES TO WORK ON AN EGG 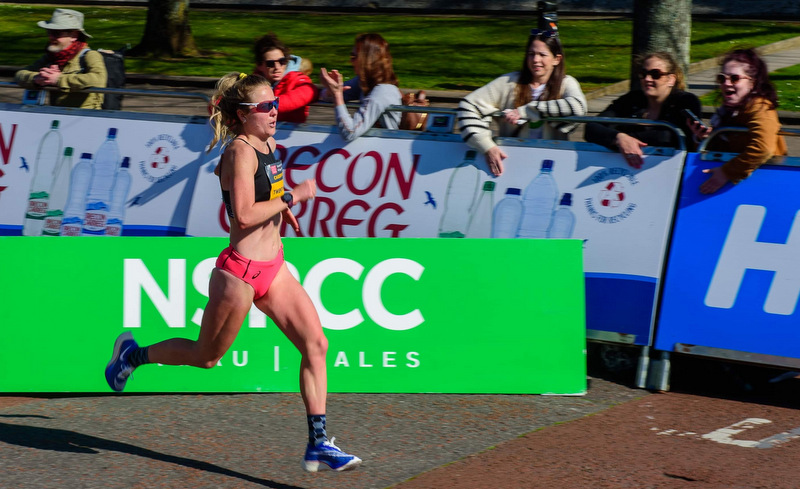 Stazza’s Stable Elite Racing Squaddie Elle Twentyman slayed her PB with a 1:14:58 at the Cardiff Half-Marathon—slicing 1’11” off, along with bringing home yet more bronze.

Twentyman savoured the sun as she stood on the shores of the Severn, munching a Creme Egg. The wind, however, was blowing her golden locks into the fondant filling. Casting a knowing gaze across Sabrina, she knew this would be a challenging affair.

The Stable News’ intrepid explorer, Ally “the Chin” Smith, made his way to Cardiff by paddleboard—an inhuman, 20-hour trip from the Stable News HQ!:

Ally: Hi, Elle. Anything to tell me for The Stable News?

Elle: Just getting started! Much more to come!

Ally: Eh, thanks; anything else?

Elle: Hmm, it was windy, and I’m happy that I PB’d and took third.

Ally: Ugh, have you been getting interview pointers from Richard “Reasonably Satisfied” James?

Ally: Never mind … A well-executed performance in turbulent conditions, Elle. Plenty more to come off, as you said!

Elle: Thanks, Ally; see you at the Guernsey Easter Running Festival for a bit of fun!

Ally: Catch you then.

The News discovered Coach Stazza relaxing in his Lay-Z-Spa, drinking Malbec and smoking his finest Cuban as he pontificated his points to the night sky: “Elle’s done it again; get in there, son! A 71-second improvement means we are on the right track and just getting started. Enjoy the Easter festivities and then it’s time to go sub 70!”