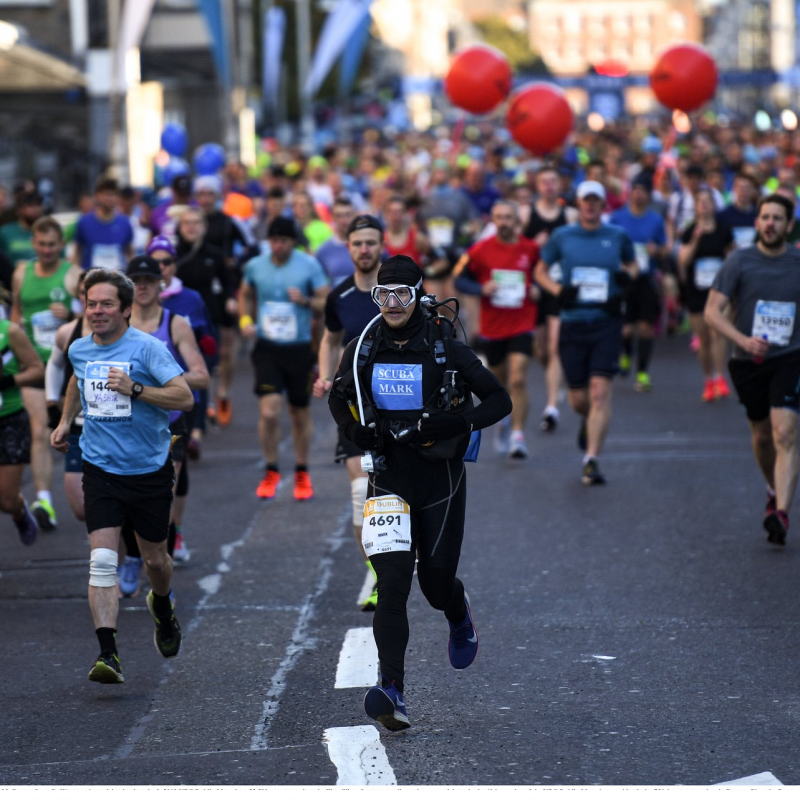 THE HOBBLER: He's in there somewhere

For several weeks leading up to the race, Hobbs was crippled with chondromalacia patella. Hobbs told The Stable News: “For about seven weeks, during September and October, I wasn’t able to do much more than jog. And we only decided to run at the last minute.”

The former astroturf five-a-side football star went on to say: “Back in the day, I had trials with Accrington Stanley FC 3rd 11 but my knees let me down. When the dream of being a footballer faded, because I was good at my times-tables, I decided to become a teacher. After a while, I decided to start running and couldn’t believe it when my knees started giving out to me.”

Coach Stazza told The Stable News: “When The Hobbler was a kid, he spent the summers swimming in the Liffey—the mucky water wrecked his knees. When the physio did the grind-test to check for , Hobbs yelped and half the Liffey came out of his knee.”

Shy Hobbs avoided the paparazzi on marathon day but one Dub told The Stable News: “I think he ran it wearing a wetsuit, as a throwback to his Liffey days. I saw him on Baggot Street, supping Guinness, outside Doheny & Nesbitt. By the time I grabbed my phone to pap him, he’d vanished.”

Invisible Hobbs hasn’t been seen or heard of since race day. There is a Stazza’s Stable reward for sightings of Hobbs—photographic evidence is necessary for the of the reward.