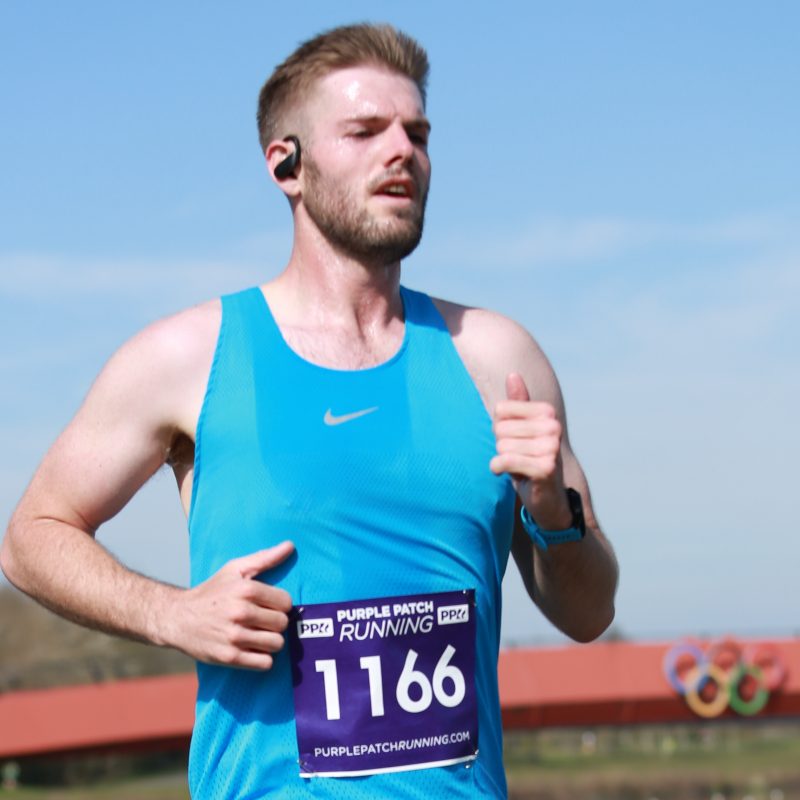 This is a Stable News Race Report.

I’ve been on the Stazza Super Base since joining, and I’ve felt the improvements in my fitness. I’ve seen the improvements recently in the time trials, which left me very confident I was going to get a decent personal best at the Dorney Lake Half Marathon on April 18th.

In the days before the race I contacted Stazza to discuss nutrition pre—but more importantly during—the race. Stazza told me, there was no way I needed to take any gels. This is something I’d never ever done in the past; however, The Coach has my full trust, so for the first time I stood on the start line with nothing but my earphones and phone, so my family could track me.

Dorney Lake Half is four laps; the first slightly longer (6km) and the rest 5km. Despite the pre-race nerves, I felt really, really good; the plan was to go out at 6:35s for the first three miles, then if I felt good push on … that totally went out the window, haha! My first mile was 6:20, followed by a better 6:28.

The first and second laps went by effortlessly. I was then tempted to drop the hammer at the 10K mark; however, I decided not to be greedy and to get another lap in before making that decision. During miles eight-10, I definitely started to feel it; however, I was confident I would still be able to really give the final three miles a good bash.

I started the fourth and final lap, and I started to feel a bit of cramp in my right hamstring. I was so tempted to push on but thought, if it cramps that’s my race done. I didn’t know whether to drop the pace slightly. I had a little argument with myself and decided to keep the pace and just take it a mile at a time … my pace didn’t drop, and as I entered the final half-mile I really felt the cramp coming, but thankfully it held out. I crossed the finish line with an official time of 1:25:30, which is a 7:22min PB!

I was quite emotional at the finish; never in my life did I think I’d ever achieve this. A few years ago, I was satisfied with a 1:45 half … I wouldn’t have believed you if you told me that one day I’d break 90 minutes! And now I’m thinking of breaking 1:20 in the next 12 months.

I picked up my medal and went to wait for my girlfriend, who was running the 10K on the pontoon, and couldn’t help a cheeky dip in the lake—got told off, but it was well worth it!

Just like to add that I absolutely love this community. Everyone is super friendly, and Stazz is just incredible; what he offers all of us for the price is crazy! I’ve told him to let me know if he ever does a 10-year membership! But he’s saying he’s convinced he’ll one day get abducted by aliens.

On to the next!