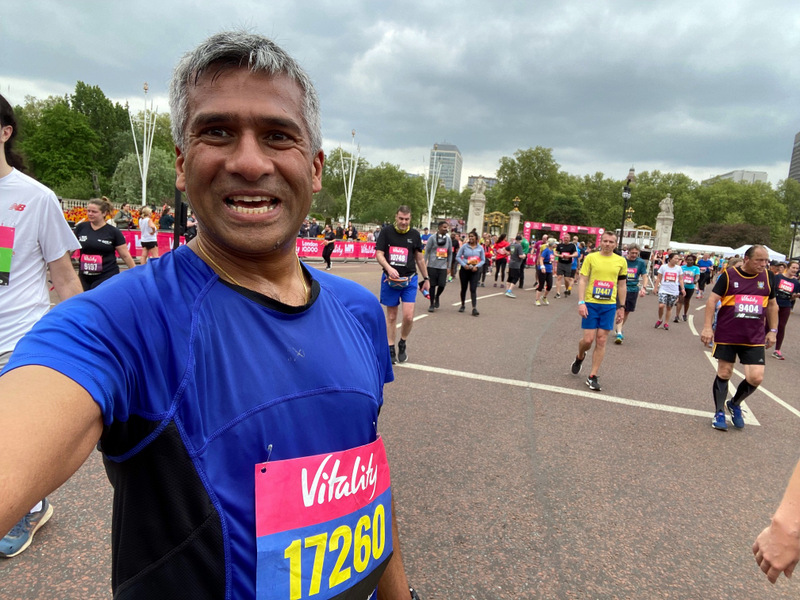 "You can observe a lot by just watching."

The smarter than av-er-age bear downloaded the weather report from klimat.app to ensure he had an accurate and precise prediction of the prevailing conditions: Broken clouds, 14°C, Feels like 13°C, Humidity 65%, Wind 2 mph from N.

The Stable News sent our very own “Ranger” Smith to greet Yogi at the finish line, armed with a 16-inch pizza to save the spectators’ packed lunches:

Ranger Smith: Hello there, Yogi. I see you have been behaving yourself and worked hard for this result, so here’s a nice surprise for you.

Yogi: Hey, hey, hey, Ranger Smith. Why, thank you; pizza is my favourite, sir. I ran really, really fast to get here below 45’.

Ranger Smith: You’re most welcome, Yogi. What did you think of the race?

Yogi: Oh, wow. It was a really great event but very crowded. I ran in the “Run for Ukraine” wave, which had an amazing atmosphere, but it was super crowded. I had to do a bit of dodging and weaving, but I’m used to that, trying to get those baskets and all.

Ranger Smith: Ha-ha, well done, Yogi, putting those skills to good use. After all, you have had plenty of practice.

The News found the sanctimonious Stablemaster hiking up the Slieve Mish Mountains in his home county, ready to dine alfresco and soak up the beautiful views—along with a merlot or two. “Yogi came aboard The Stable six months ago: he’s been improving steadily and has just completed a Stazza Super Base. A 5’ PB is testament to his hard work and staying off the picnic baskets—unlike me, of course. I need to fuel my genius with plenty of good grub.”

Yogesh will be charging towards a half-marathon at the end of June before gearing up for a major marathon thereafter.