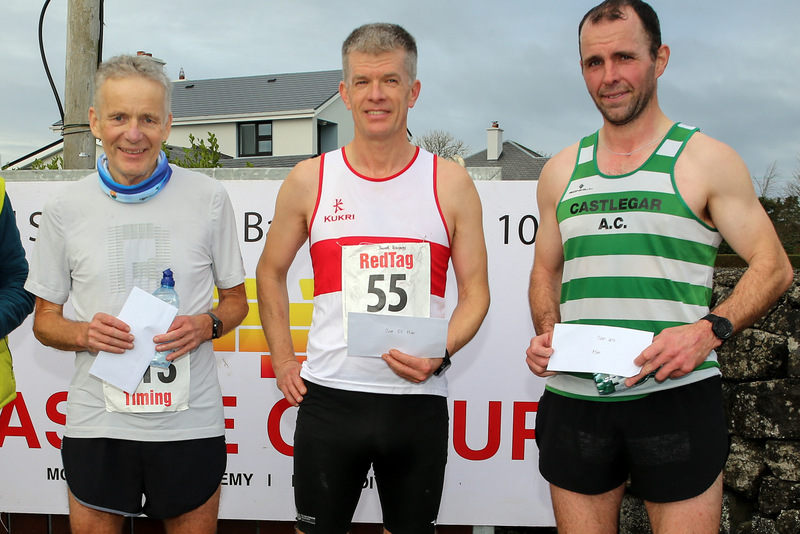 The kings of distance.

Stable dynamo Dave “the Whippet” Travis took the win at the BDN 10K with a sensational 38:42, only 10 seconds shy of the Irish over-65 record! The race, hosted by South Galway AC, incorporated the Galway County Championships.

The Whippet enjoyed the cloudy and damp conditions, earning himself a new official PB (although he has a best of 37:12 from The Stablemaster 10 TT).

“Great to be involved in my local race. Also: nice to be involved in a short/fast race after a marathon training block. Disappointed to miss out on the Irish over-65 record by 10 seconds. I was on target until the last 2km!”

Assistant coach Ally “the Chin” Smith, who was busy catching up on his favourite show, Strictly Come Dancing, added: “FAB-U-LOUS, darling! The judges’ scores are in … TEN out of TEN … Simply marvellous, darling!”

Travis’s coach, the infamous Stablemaster, commented: “A boot-i-ful performance from young Dave after his mara’ block. That record is sure to tumble the next time he tackles a 10K! Excellent, Dave.”

Travis is unsure if the record will go on his next outing: “The Fields of Athenry 10K on December 26; that will be slower after a day of eating and drinking! HA! Next year, Manchester and Dublin marathons, and hopefully a fast 5K, 10K, and half-marathon.”