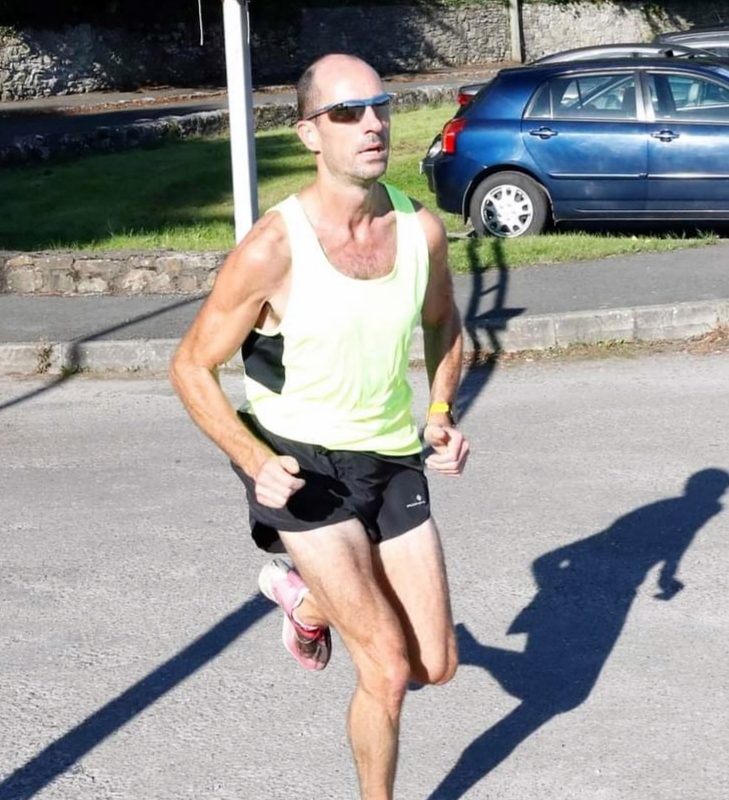 This is a Stable News x Stablemaster 10 Race Report.

I was ready. Oh, yeah. A little camp-looking, maybe, but this was rural Tipperary at 09:00 on a Saturday morning—sure who’d be looking?

We’re gonna build a wall. It’s going to be a beautiful wall, and we’re gonna get Limerick to pay for it. [Slight poetic licence taken.]

So, I crossed the border. From Limerick into Tipperary. No big, beautiful wall. No Border Patrol either. The little River Funshion, which does indeed straddle two borders, was my Rio Grande.

Hugged by several woods to my left sweeping down from the foothills of the imposing Galtee Beag mountain, with ye olde Dublin-Cork road stretched out in front of me like an endless yawn that at times had me thinking of the title track from the Eagles’ Hotel California album. No cool wind in my hair, or indeed warm smell of colitas rising up through the air. And the Kilcoran Lodge was as close as I was going to get to the Hotel California.

I could relate to the lyrics, though, from mile five onwards, as my head grew heavy and my sight grew dim. I think Henley and Frey must’ve done some running back in the day. Maybe a little track and field. These guys were visionaries.

Several quarter-to-perhaps-half-mile long drags required negotiating, but there was generally a reward of an equitable recovery distance on the opposite side of most of them.

I had run this route once before, five or six years ago as part of the Cahir “Downhill” Half-Marathon. The lying b@*t@rd*. Misjudging the course, I had crashed and burned badly that day, struggling over the line with a wet sail.

Although, I do recall devouring the very generously laid-on after-race fare like an insatiable hyena. All that was left was fur and bones. Alas, I digress.

The hard shoulders installed by the National Roads Authority most definitely weren’t designed with Nike Next% in mind. (I mean, what am I paying my taxes for, huh?) So, a little sideways jig onto the 100kph roadway was called for when traffic-flow permitted one to do so. Aaaaaaah, that was better. One was given ample time to hop, skip, or jump back into said hard shoulder, as the traffic from the rear could be heard approaching at speeds of up to 150kph. (I would hazard, your Honour.)

A most welcome distraction from the vehicular traffic I was sharing the road with came from a lovely French native residing in the area who runs with the Grange Fermoy A.C. Massive.

She kept me company on her bike over the last three miles or so. Clo was her name. She may not have been suffering like my flamingo-like legs were but a smattering of words into my ears every few hundred metres, to which I could only usually respond with a cursory grunt, such was my output at that stage, were very welcome for the soul and the mind that had heretofore been putting up with a little angel and a devil on either shoulder whispering words of encouragement and doubt, respectively.

You know what I’m talking about. Just to be reassured by the mere company of another human being alongside me was encouraging, thereby sowing the seeds required in my head to push my physical and psychological boundaries to another level as I approached the final mile or two.

Over the last half-mile or thereabouts, I do believe my legs moved faster than peak Michael Flatley.

Upon the sweet sound of the bell tolling on my Garmin to announce the welcome cessation of the TT, I dropped to my hands and knees on the grass verge of the roadside. My hands disappeared deep into the overgrowth, to be rewarded with the weight of my torso deployed over that most deadly of species commonly found throughout our wild, lush, green-hued land—Irish nettles. Oh, they hurt.

Now, if you’ll please excuse me, I’m off for a feed of pints of sparkling Ballygowan with a dash of blackcurrant. And thank you for reading.