O’MAHONY MISSES THE WOOD FOR THE TREES AT COILLTE 10K 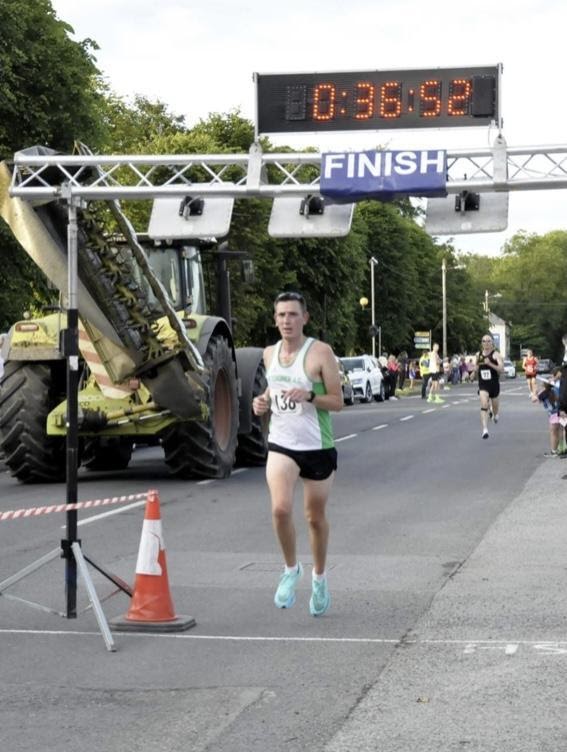 The cone of desolation.

BREAKING NEWS! Stablemate Ken “O’Mammy” O’Mahony went like the clappers, with a 36:52 at the Coillte 10K in Dundrum, Tipperary. The young hobby jogger from Cork relished the warm, calm, racing conditions—though he still managed to moan a bit about it being “too hot {17℃} for us Irish.”

Racing some of Ireland’s best runners, O’Mammy finished 32nd overall. But he was quick with the excuses, saying: “I’m training for a marathon, anyway! The race was won in 30:19, and the top ten were all under 33 minutes … sniff … I know I can run faster. I ran 36:08 in the Stazza 10K TT at the end of March, so I just need to make it official.”

Staggering into The Stable News’ press conference—not long after fellow hobby jogger Ray O’Connell—Ken plonked himself down, grabbed a handful of tissues, composed himself, and poured his wee heart out:

“Training had gone perfect since starting with Stazza in March. I hadn’t missed a single session and was taking the wise man’s training plan as gospel. Felt confident going into the race of breaking 36 minutes, so to finish closer to 37 was disappointing. Had a really poor fourth mile, dropping from a target pace of 5:45 to only 6:18. Head could have went; however, I was glad to pull the final two miles back to 6-minute pace and cross the line in one piece. It was my first road race in 18 months, after COVID put everything on hold, so it was great to line up and get into that racing mindset again.”

Struggling to hold back the tears, Ken lay down on Ally “Trigger Point” Smith’s table and said: “Do your worst, Ally! I deserve it, and I can finally let a good scream out!”

“OK, pal, but you really need to take a chill pill. Sub-37 with all those miles in the legs, training week in, week out is a great result. Look on the bright side, pal … now it’s time for the elbows—get ready!”

FaceTiming in for the second time, Coach Stazza had only this to say to O’Mahony: “Kenneth, Kenneth, Kenneth … I see mile four gave you a bit of a slap. Well done for digging deep and finishing strong. I’ve got a little something I need to let you all know, but I’ll share it with you tomorrow. Now away and have a Stazza Super Shake and get to bed.”

The Stable News also got this juicy exclusive from the man with a sub-36-sized chip on his shoulder: “The Grandmaster is planning to hold a 10-mile or half TT for the Cork hobby joggers at the end of July, to use as a benchmark for our October marathons. So I will be looking for a better showing there.”