QUEEN OF THE KINGDOM 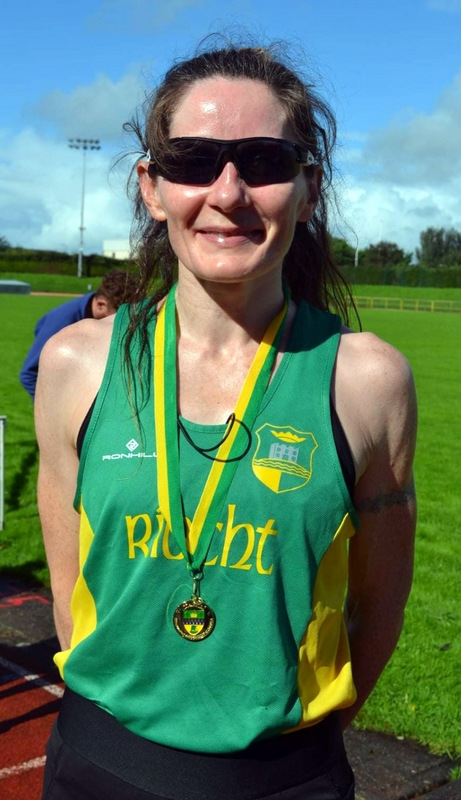 Green and gold and gold.

Stablemate and Stazza’s Angel “Sunshine” Suzanne Neilan blasted out a 15’’ PB at the Kerry County Road Championships 5K in Castleisland, crossing the line in 18:30 and finishing first female overall. Neilan joined The Stable in June of this year and has seen great gains so far, bringing the sun out in every run and race she does.

Neilan told The Stable News: “The sunshine and blue skies made for excellent racing conditions; I had to pull out the old Ray-Bans to stop myself from being blinded. 5Ks are tough going, but I’m excited to go again—although I’ve nothing scheduled at the minute. I’ll just keep tipping away with the training and let Coach Stazza decide.”

The Stable News organised a team-building day out for Coach Stazza, General Puffball, and Ally “the Chin” Smith at the Predator Paintball adventure centre in Tralee:

CS: Right, what’s the plan? Me and Puffball against you, Ally? We are the home team and you are the unruly invader.

AS: Eh … not sure about that. What about every man for themselves? First to five kills gets a slap-up meal split between the other two?

GP: As the only sensible one here, I feel this should be a team building exercise and not a team destroying one. Why don’t we team up against those Kerry kids over there?

GP: Well done, you clever boy! Where are you going, Ally?

AS: Like Mel Gibson in Braveheart, “I’m gawn te pick a fight!”

The next three hours were spent battling three teenagers like our lives depended on it. Slow-mo leaps while firing, tactical discussions, surprise attacks, and many paintball bruises were to be had, but The Stable News came away with the spoils:

GP: ALLY! You scared the bejaysus out of me there!

AS: Sorry, lads, the moment felt right; it’s been a while since I’ve won anything.

CS: Speaking about winning, did you see Suzanne Neilan was the first lady overall at the county 5K championships?

AS: Ah did so. As soon as ah saw her in the club. I knew there was sumthin’ special aboot that wummin. Cracking race and a 15” PB! Superb stuff.

GP: As Editor-in-Chief, I shall remain impartial. But it was a good run, by any standard.

CS: Yep, she’s coming on great, and those trademarked Stazza Hill Blasts are working a treat. Big things to come … watch this space.