RECLUSIVE RICHARD STEPS OUT OF THE SHADOWS 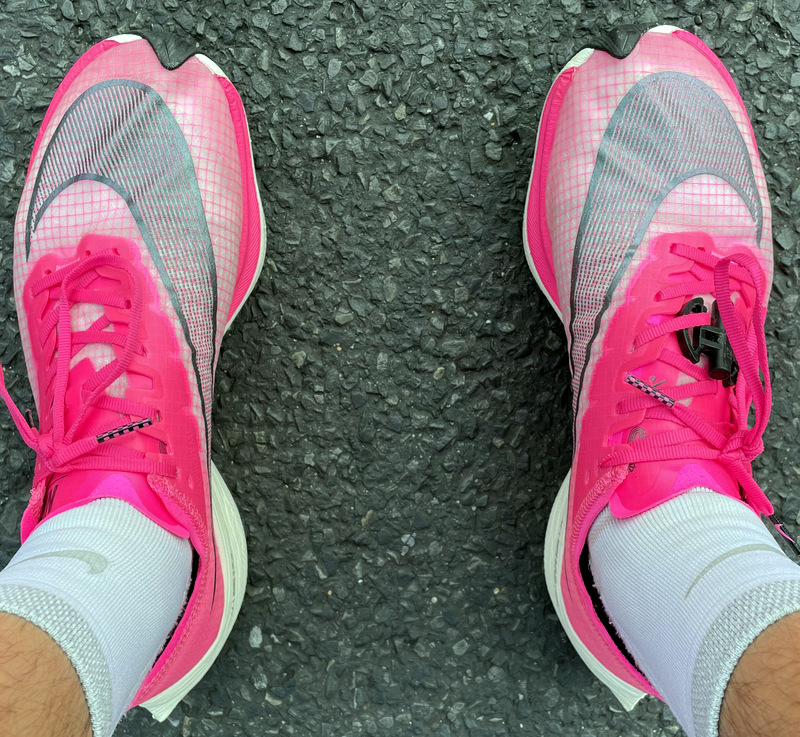 The reserved shoes of a reserved man.

Stablemate Richard James cashed in his training investments and hit the jackpot with a confetti-cannoning 4’26’’ PB at the Generali Berliner Halbmarathon (the Berlin Half-Marathon to you and me). 😉

The man with two first names pounded the streets of Berlin, chasing his sub-80 half-marathon dream under gorgeous blue skies scattered with a few light clouds. Maybe they were jet stream clouds, as the course profile ended up looking like an aeroplane with a wing missing!

The Stable News chucked Ally “the Chin” Smith on a chopper (helicopter, not ‘70s bicycle) to Berlin, and he landed at the finish in Groβer Tiergarten to get an exclusive before James slipped back into the unknown. However, with no social media presence or even a Strava profile picture to go on, Ally had to use his “wits” (a loudhailer and an air horn) to uncover James at the finish line:

Ally: HOOONNNKKK! RICHARD JAMES? ARE YOU HERE? THE STABLE NEWS NEEDS AN EXCLUSIVE!

With that, a handsome gentleman in pink Nikes slipped Ally a note which read:

“Would you stop making such a racket! Meet me behind the Goethe Monument in 10 minutes.”

Ally: Hello, are you Richard? I’m Ally Smith—reporter for The Stable News.

Richard: Yes, it’s me. I like to keep a low profile; I only use Strava because of Stazza. How can I help?

Ally: I need a quick chat for a scoop for the paper. How was the race? Any PBs? Tell me everything; then I’ll leave you be.

Ally: Fantastic; I bet you get under 80’ very soon. Just stick to The Stazza-plan, and you’ll be golden. Anything else? How do you feel after such a great run?

Ally: Alrighty, then. A man of few words, eh? What’s next for you on the race calendar?

Richard: Thought you said this would be quick! I’m doing the Great North Run in September and the RBC Royal Parks Half-Marathon in October. I’m running these for fun, not racing, and then my target/goal race is the Medio Maratón València Trinidad Alfonso EDP (València Half-Marathon) in October, also.

Ally: Thanks, Richard; I won’t keep you any longer. Thanks for your time.

While Ally was flying back to HQ, Coach Stazza was making his way through the many, many, many deep-fried Mars bars that Ally brought him as a peace offering after Stazza saw him in those 2-in-1 shorts:

“He’s a good lad, is Ally. He should smear some of the grease off these little beauties before his next race; there won’t be a hint of chafing with that on. Right-ee-o, about young Richard’s race! A great run by him—started a little quick but managed to hold a decent pace to the end. Sub-80 is not far away if he starts a bit more reserved and can tank it to the finish. Well done, boyo.”