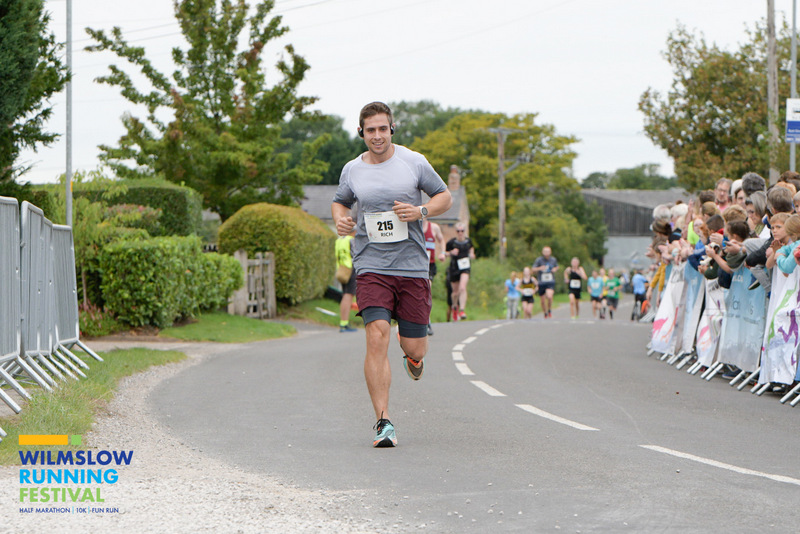 That can't be the best racing line.

Stablemate Richard Keyworth bagged himself a stonking 1:33:21 at the Wilmslow Half-Marathon, in his first go at the distance. Charging through the Cheshire countryside in his favoured apparel (2-in-1 shorts), he sailed across the line, finishing 233rd/1328.

Blessed with beautiful weather, big man Keyworth slapped on a fetching burgundy and blue combination, but this brazen act might enrage the beast within Coach Stazza—and the big man may be dodging his calls.

Safe in the knowledge that Ally “2-in-1 Lover” Smith would be on his side, Keyworth agreed to meet for a chat before going into hiding from The Bossman:

Ally: How’s it goin’, pal? Old Coach Stazza is a bit “form over function,” if you ask me. If they do the job, who cares what undergarments are stitched into shorts, ha-ha. How’d it go then, Rich?

Rich: Ha-ha, there’s no way he’s getting me in those three-inch shorts! It was a good race, and I felt I paced it reasonably well. A few hills got me in the back half, when I wanted to pick up the pace, so it turned into hanging on. Then the warning signs of cramp in the hammies in the last couple of miles.

Ally: Sounds a tough course, pal. At least chafing wasn’t to be your downfall. 🤣🤣

Rich: Yeah, it really was a lovely route. I enjoyed running through the Cheshire countryside; it was just the hills that sapped me.

Ally: Well, congrats on a great time for your first half-marathon; it won’t be long till you’re under 1:30. By the way, another word of warning: I’d get smaller headphones because Coach Stazza or General Puffball might have a go about that next, ha-ha.

The Stable News put a call through to Coach “Tenzing” Stazza, who was busy planning his ascent of the Penyal d’Ifac with The Grand Stablemaster: “It’s only a wee bump, Dad, 332m high. We’d be up that in half an hour, and we might be able to see all the way to the Balearic Islands.

Oi! Oi! Hmff, what did you say, Ally? Keyworth dares to defy the all-powerful Coach Stazza? He won’t be laughing when I dish out some punishing sessions. Overall, an excellent performance for Richard’s premier half-marathon but marred by his poor taste in attire. Zeus help us!”

Richard will keep chipping away with his training and the odd punishing session for his next race: the Manchester Half-Marathon on the 10th of October.