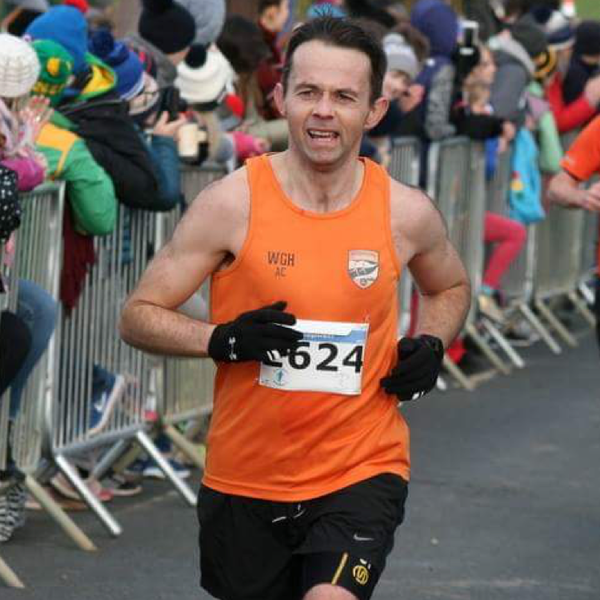 No train in sight.

Stablemate and chief Cork hobby jogger, Stephen Rooney, was looking good—fresh off his marathon training—at the Beat the Train for DSI 10-miler, arriving at the end of the line 60’55” after he departed and placing 16th overall.

The Stable News gave Rooney a ring for his report:

“The race was for Down Syndrome Ireland, so it was more about fundraising for a good cause than anything else, and I didn’t expect to PB coming out of marathon training.

The course was fair, with a few inclines, but, as you ran out five miles and back five miles, you got the return on them on the way home.

After three miles, I thought I had gone out too fast, as I started to feel it, but I must have got a second wind, as I settled into a pace, and after mile six, I started picking people off on the way to the finish line.

I think I passed about 12 people in the final four miles, so that helped towards the end.”

Coach Stazza and Ally “the Chin” Smith were taking a break from putting the Christmas lights up on Stazza’s mansion when they called The Stable News:

Ally: Surely that’s enough lights! You can probably see this glowing from space!

Ally: Alright, then. Did you see Stephen Rooney’s BTT 10-miler? Just over 60 minutes after all that marathon training. Brilliant!

Stazza: I sure did! A good test for his legs and lungs to “feel it” at 10 miles. He’ll be raring to go with some speed work to obliterate his 10 mile PB next year. Right, Ally, get back up that ladder. It’s time to make this place the brightest house in Ireland!

Rooney will be banking his training until the new year, where he has his sights set on the Trim 10 Mile and the Manchester Marathon.