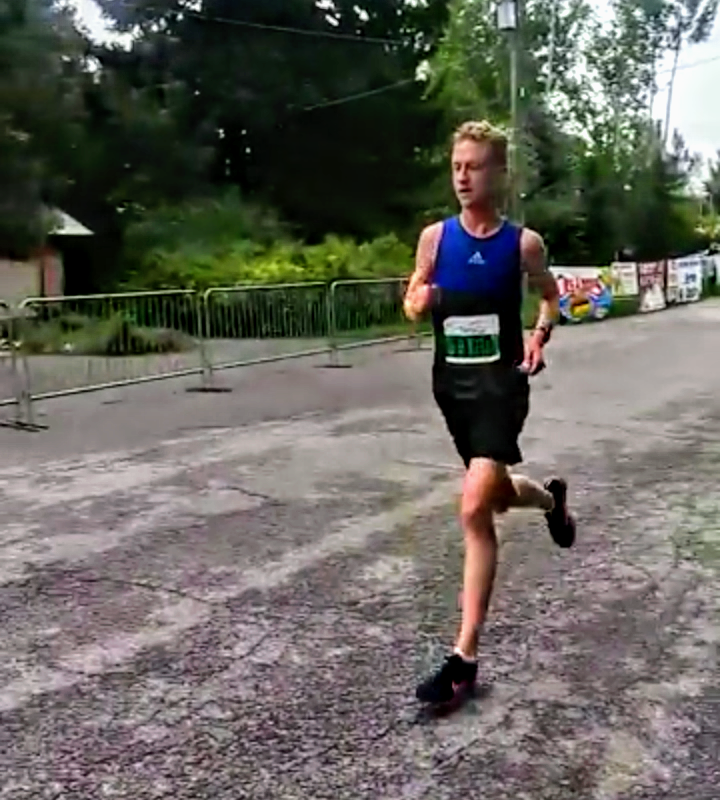 Cisney toughs it out

Stablecolt Jason Cisney (19) dropped-out a savage display of bravery in the recent Huntsville half marathon to run a fine 1:25.

Cisney ran with a deadly dose of Potomac Colt Fever (PCF). Immediately after finishing, he told The Stable News: “ I could barely walk cuz all my muscles were cramping up and I was so cold.”

Courageous Cisney managed to make it home alive. He said: “When I got in the car I immediately got probably the worst migraine I’ve ever had. (luckily my mummy drove me home and had her migraine medicine on her, so the bad part of it only lasted about 45 minutes.)”

Doctor Do Little told The Stable News: “It was touch and go. I didn’t do much. I just sang him a lullaby and off he popped. He came around 10 hours later, coughing and spluttering. I cured the PCF but left him with a cheeky little cold.—he’ll survive.”