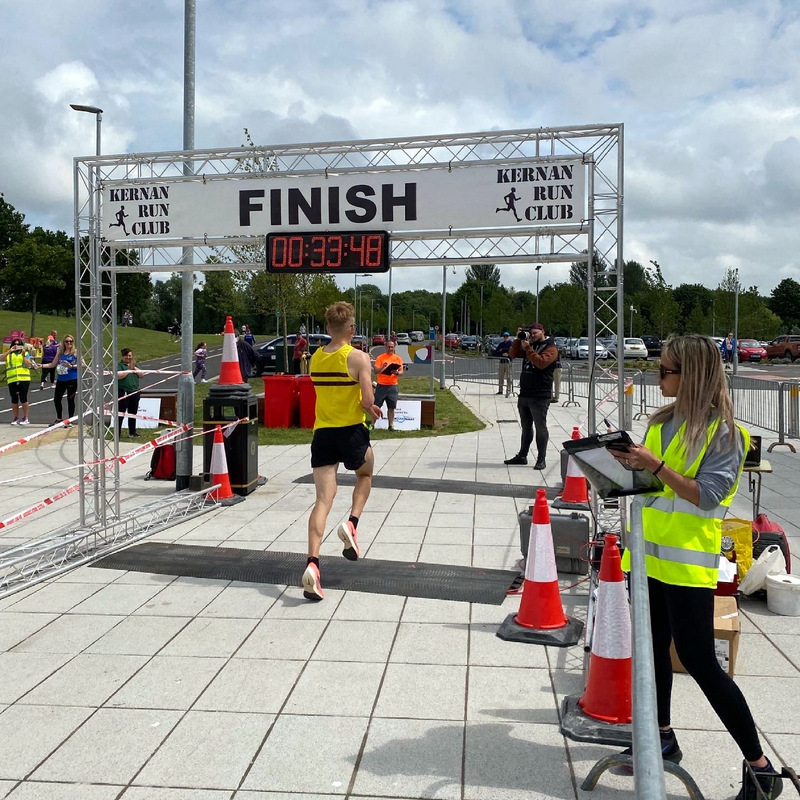 Stablemate Adam Smyth took the win, with a blisteringly fast 33:58, at the Portadown Running Festival 10K. The blond bombshell tanked around a pond in warm, humid, and breezy conditions at Craigavon Lakes, Northern Ireland.

Smyth missed out on a PB by only nine seconds (PB = 33:49—saves you doing your sums), but as you will soon find out, he wasn’t exactly going all out.

The Stable News got Adam on the blower for a chat about the race:

“A decent race. Due to the nature of the course—a walking/cycle path around a couple of lakes—it’s hard to get in to a good rhythm. I decided to turn the splits on my watch off and just run to feel. I went out with a small group of lead men, which quickly turned into myself and another running together. I ran at his pace, exchanging the lead and taking turns on the front at different sections of the course. Pulled away with about 300m left to run to come home first.

Overall, the effort didn’t feel harder than a strong tempo, which I’m a little disappointed with, but at the same time, I’m happy that the pace was very comfortable. It felt like a pace I could currently run around a 10-miler at (in the right conditions, on open roads).

Conditions were warm, a little windy, and humid and would have made flat out running very tough!”

We gave Stazz-sistant coach Ally Smith a quick call before he settled down for the night with his Coach Stazza crochet teddy bear: “Brilliant racing from another one of the Smith clan! Though he’s gone all fancy and put a ‘Y’ in it, it doesn’t matter. ‘AS’ initials make for fast running, ha-ha!”

Waking Coach Stazza from his “Concrete” coma (some kind of ice cream in Utah, kids) was some doing; but we pinned him down for a quick comment: “My head! I need a Concrete curer to get me through the day. I’ll be buying a cooler and shipping this stuff back to Tralee, don’t you worry, ha-ha. Oh, that’s right, you asked me what I thought about our Adam. It was a super run, and the fact that he was totally in control, and ran even splits by feel, is impressive. I predict a sub-33 for him in the very near future.”

Adam will be putting that “didn’t feel harder than a strong tempo” pace to the test at the Antrim Coast Half-Marathon on August 29th.

Good luck with it, Adam.