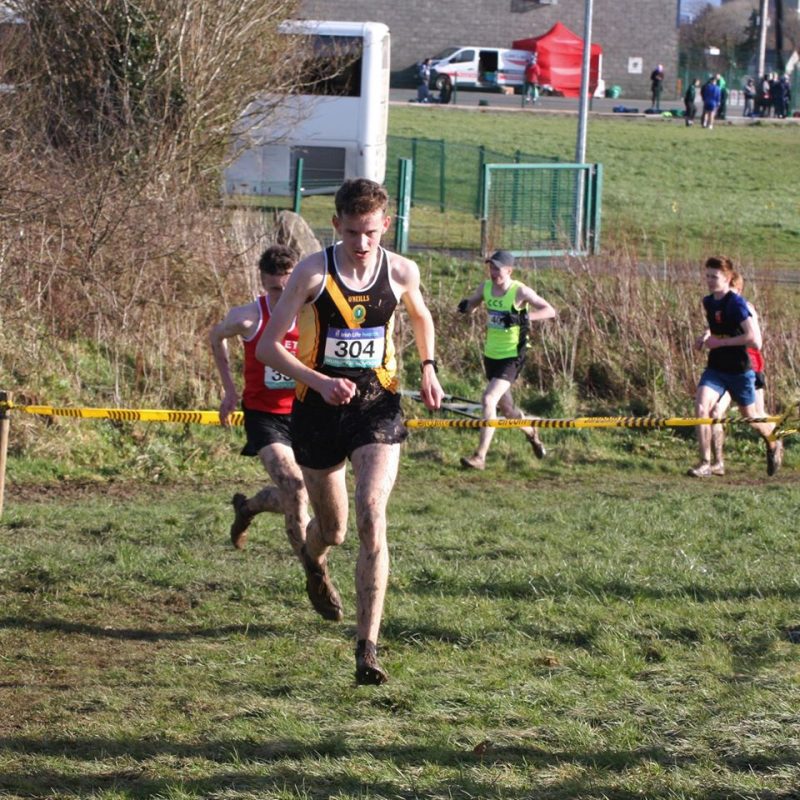 On Thursday 13th February, Stablemate, Oisín Spillane, showed what great planning and smart work can achieve when he won the senior boys Munster Schools cross country championships in a mud-bath at Clarecastle.

Fresh from showing that he is the best distance runner in County Kerry, after winning the Kerins O’Rahillys 10k, Spillane delivered a gritty performance to take the Munster schools cross country title.

Stablemate Spillane told The Stable News: “Very happy with that. First two laps there was a group. The the group broke up and there was only three of us. With one and half laps remaining, we were down to me and Frank. Both of kept surged and taking the lead.  On the final lap, I made a definitive surge and his panting disappeared in the wind. Knew it would be a very tough race, stuck to the plan and worked when I needed to, can’t complain.”

Coach Stazza added: “We’ve held Oisín back: too many young lads push on too hard while their bodies are growing. They hammer themselves and then drop out of the sport. With Oisín, it’s always been about the bigger picture—the future. It’s great that he’s won the title today and that as a teenager he’s already the best distance runner in County Kerry, but this is all about preparing for adulthood. He has so much space to grow into and I’m confident, all things being equal—life and all that malarkey— that he’ll represent Ireland as a senior in major championships.”