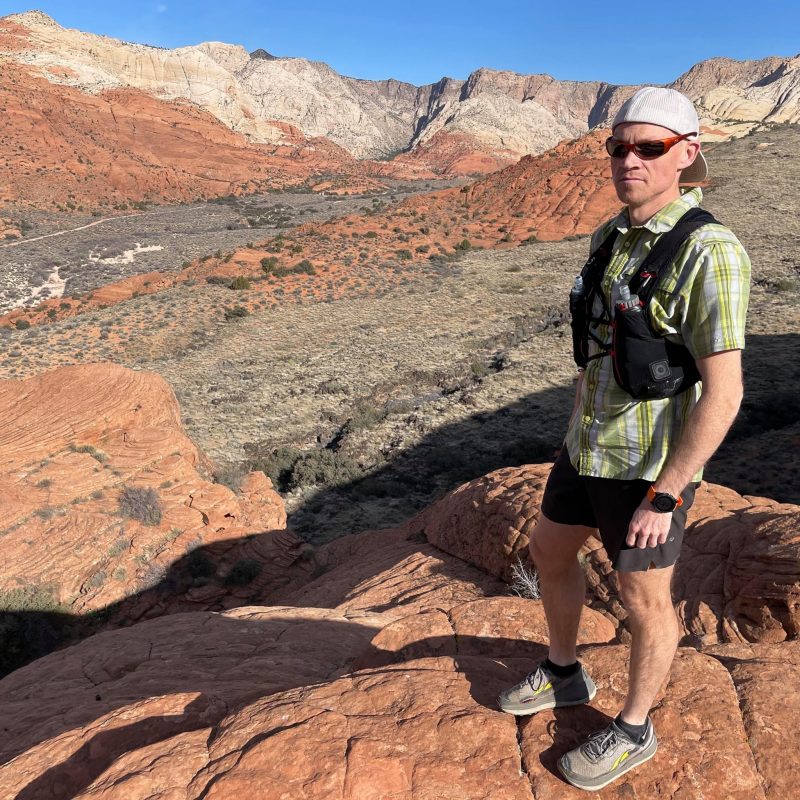 Over the past few years, I have changed the way I look at running. I have changed how I train, recover and how much I sleep. But never changed my diet, I talked about it and even considered going plant based. Why would I do that? I run so much I can eat what I want. Well, not so true. I started looking into diet plans over a year ago but just never felt it was right for me or that I could stick to it. I love my Mountain Dew and donuts way too much to give them up. In homage to my donut fetish, which adorably has passed to my youngest son, I recently purchased donut shortie shorts! Thank you St. George Running Center. I even had my amazingly talented wife make me donut scrub caps for work.  She knows me well and will be the first to tell you I hate veggies. I try to argue but then she tells me weird things like potatoes and corn aren’t vegetables. Psssh. I don’t like many of them and tolerate others. I’m also known for picking around things in meals while telling the kids they need to try it. Going vegetarian was out of the question since I am half cave man minus the hair. Then I heard about fat adapted/keto and wanted to give it a try. I talked to some friends and read the Primal Endurance book. What really made it easy to start was the support of my wife, she is always trying to get everyone to eat healthier. We had already changed many of our dinners to a healthier lifestyle. With fat-adapted I wouldn’t just be cutting out the sugar sweets I love it would be making a lifestyle change.

With my next big race not till May, I would have lots of time to adapt to the change. It was hard adding fat to things all the time and eating more salads. That’s been a big change from ‘How much butter or oil is in this’ to ‘let me throw some more cheese, and add oil to my dressing’.  I can count on one hand how many salads I have eaten in the last 6 months and now I am eating one every day. I am doomed.(*wife edit-I don’t know what he means by doomed here. Doomed because he is learning to love the green, or doomed because of all the greens exiting, or doomed because he misses the sweets) I won’t even go into the problem of Dew withdraws (I hide Mtn Dew zero in my car) yet I know if I put my mind to it, I can do anything.

46 days into fat adapted I put it to the test at the Red Mountain 55k. I haven’t done any speed work or heat training. When you have been running in 20-35 degrees for the last 3 months it’s hard to do heat training. It was 45 degrees at the start and got up to 80 by the end.

The day before the race I showed up at my buddy Nate’s front door in St George to give him a pep talk. This was his first ultra race and he didn’t know I had signed up for the same race. Like I hoped, he was confused and extremely excited to see me. We did a 1.5 mile shake-out and talked about race plans. I had no plans for this race except to see how my new diet performed in a race environment.

I ran the first half of the race with Nate and then started to push the pace. When we hit the first and only aid station, I ran into a long-time roadie friend Craig. We have run and paced many races together. But never an ultra race.  It was great to run with him for the next few loops. The race was set up where you would run 4 different loops and come back to the same aid station. Then after the final loop head off to the finish line. Each loop was different lengths and difficulty. I started the red loop (10 miles) with 2 water bottles and wish I had taken a 3rd. Most of the first half of the loop was uphill and I was determined to run as much as I could. At times I was sure I was going to Krash going downhill. I was going way too fast. At mile 24 I started to have a few cramps. Stretched it out and a few minutes later I was good to go.

I hit the aid station for the last time and had 7.8 more miles to the finish. My energy level was still way high. I drank some pickle juice to combat future cramping. But it didn’t work. I started cramping again on the last long climb with about 5 miles to go. I stretched various different muscles that cramped on me. I was hoping that I didn’t have to walk the rest in. With 2 miles to go, it got worse. I could run through it or stop and stretch. I opted to stretch and I think it paid off.

Finished the race in a full sprint to sneak under 6 hours by seconds. I was the 12th male to finish.

I learned a few years ago about how to manage hot days during a race. Look up Sunny Blende – Fuelling for the heat- podcast.  I don’t do much heat training and don’t like to run in the heat. I hide from the sun and my white legs can prove it. Arm sleeves are a game-changer for me. They protect me from getting a sunburn, keep my arms warm during the morning hours, and by getting them wet or putting ice in them to cool off. I carried an extra 20 ounce bottle with me just for pouring on my head, arms, and back.

I had planned to drink Maurten drink mix for the first 2 hours. Then switch to gels. 1 gel per hour. I drank 1 drink mix during the first 2 hours. Then a spring energy gel that the beginning of the 3rd hour, and a Maurten gel with caffeine the 4rd hour.  Then I ate 2 orange slices at the beginning of the red loop and forgot to take 2 gels with me on the red loop. When I hit the aid station the last time I ate 2 more slices of orange, a small piece of banana, and a shot of pickle juice. Again, forgot to take a gel. When will I learn to stick to the plan. I rushed out of there so fast I didn’t get the gels out of my drop bag.

I had energy the whole race. Never once felt tired or like I was going to bonk. Even when I was a bit dehydrated I felt great. I can’t wait to see how my body will function during my 100 miler in May.

Intrigued by Chris’s change in nutrition, The Stable News caught up with The Stablemaster and asked about Chris going fat: “Yeah, Chris and I spoke a lot about the change. There are lots of benefits to going keto (so long as you understand the problems too),” The Stablemaster said, munching a salted caramel bar. “We discussed keto flu and tried to ensure Chris didn’t suffer too much, but the keto flu gave him a right good slap. We managed him through it, increasing electrolytes, fat, and water—had him drinking bullion. He’s adapted well, and his racing over the ultra distances should see the benefits soon, as will his health. Great first run from the skinny fat lad.”