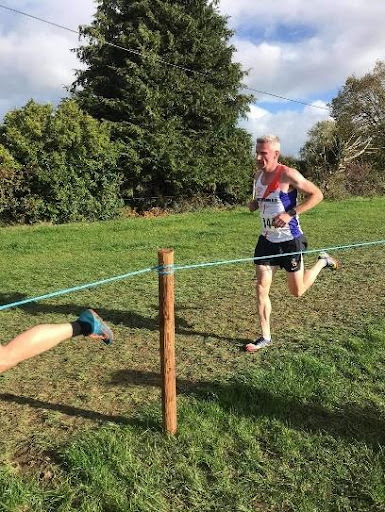 The Stable News’ XC correspondent, Ally “the Chin” Smith, is back from his three weeks of festivities, and he FaceTimed the rip-roaring runner for a synopsis of each event:

Ally: Happy New Year, Liam! You’ve had such an array of races that I thought it best to get them all in one monster of an article to start 2022 with a bang. I hope you have your notes ready and are sitting comfortably, as this is going to be epic.

Liam: Yep, all prepared, Ally. I’m sitting in my La-Z-Boy, and the young lad Dave “Young Boy” Greene is here to massage my feet and give me a pedicure; I’m cashing in the bet we had over the past year. Ooo, that’s the spot, Dave.

Ally: Ahem. Sorry, Dave—didn’t see you down there. You’re a fair man doing this, and a great season by yourself as well.

Dave: Cheers, Ally. Best to get it over with; next time, Liam will be the one on the losing end.

Ally: Right—enough! Before this descends into you two bickering, let’s get to the races.

Liam: First off was the Munster Novice XC (6K) on October 24, which was held at Two-Mile Borris, Co Tipperary. The weather was perfect, and the ground was nice and firm. “Not ideal for cross-country,” they said, but I liked it—plus my new Nike Zoom Victory XC spikes were nice & clean after it!

My time was 20:55, finishing 18th overall, and our club team, Grange-Fermoy, placed fourth. That was my first time running XC, and I really enjoyed it. I also enjoyed running as part of our club team, which included pedicurist/Stablemate Dave Young Boy Greene, who also had a super first season at cross-country.

Dave: Thanks, Liam; it’s good I’ve still got the fitness to file these toenails, urgh!

Ally: Stonking effort for your first XC race; let’s keep the pace going into the next one.

Liam: Sure thing. A fortnight later, on November 7, we took on the Munster Intermediate XC (8K) this time in Castlelyons, Co Cork. Again, the weather was perfect, and the ground was nice & firm. The course was undulating and pretty tough going. My finishing time was 29:43, finishing 13th overall, and our club placed second overall.

Ally: Fantastic once again, and a podium for the team—excellent. Two down, two to go. Where did the next race take you?

Liam: The next race took us to Dungourney, also in Co Cork; this was the Cork County XC (7K) the week later. This time there was mud underfoot; running was much more challenging, and it was slippery. The course was very hilly, with some nice drags, and the bends were sharp. My time was 28:00, finishing 17th overall, third novice, second M50, and second novice club team.

Ally: Superb! Another second for the team and an age cat silver for you! You’re just as good in the mud as the grass.

Liam: Thanks, Ally. Last up is the Munster Masters XC (7K) from November 28, in Clarecastle, Co Clare. The route was moderately soft, with a few puddles thrown in for good measure. My time was 25:48, finishing 14th overall, fourth M50, and gold with the Cork team.

I have to say, I thoroughly enjoyed the XC season—maybe even more than road racing! It was great to be out racing with my club-mates. The fact that the races were coming thick and fast meant we were missing the torturous Coach Stazza Wednesday & Saturday sessions for the past six weeks! Only joking, of course. ☺

Ally: Ha-ha, I’m sure you were glad of that. Fantastic first season of cross-country running, and I’m sure you’ll be back with a bang when it comes around again. I’ll leave you to enjoy your foot rub in peace, and I’ll catch up with you again for your last two road races of the year. Always good to end on a cliffhanger.

Liam: Thanks, Ally … Eh, make sure you rub between my toes, Dave.

The Stablemaster, fresh from packing seven T-shirts, three pairs of pants, and two pairs of shorts for three months in Kenya, chimed in on Liam’s smorgasbord of XC races: “Astounding running from the half-century man; the races were coming thick and fast, and he tackled each one like a seasoned vet, even though this was his first go at the grass. Bloody brilliant, I say. Congrats on a great performance, Liam.”

As the Chin duly noted, Liam banged out a couple of very impressive road races to see out the year. Find out more in next week’s Stable News.