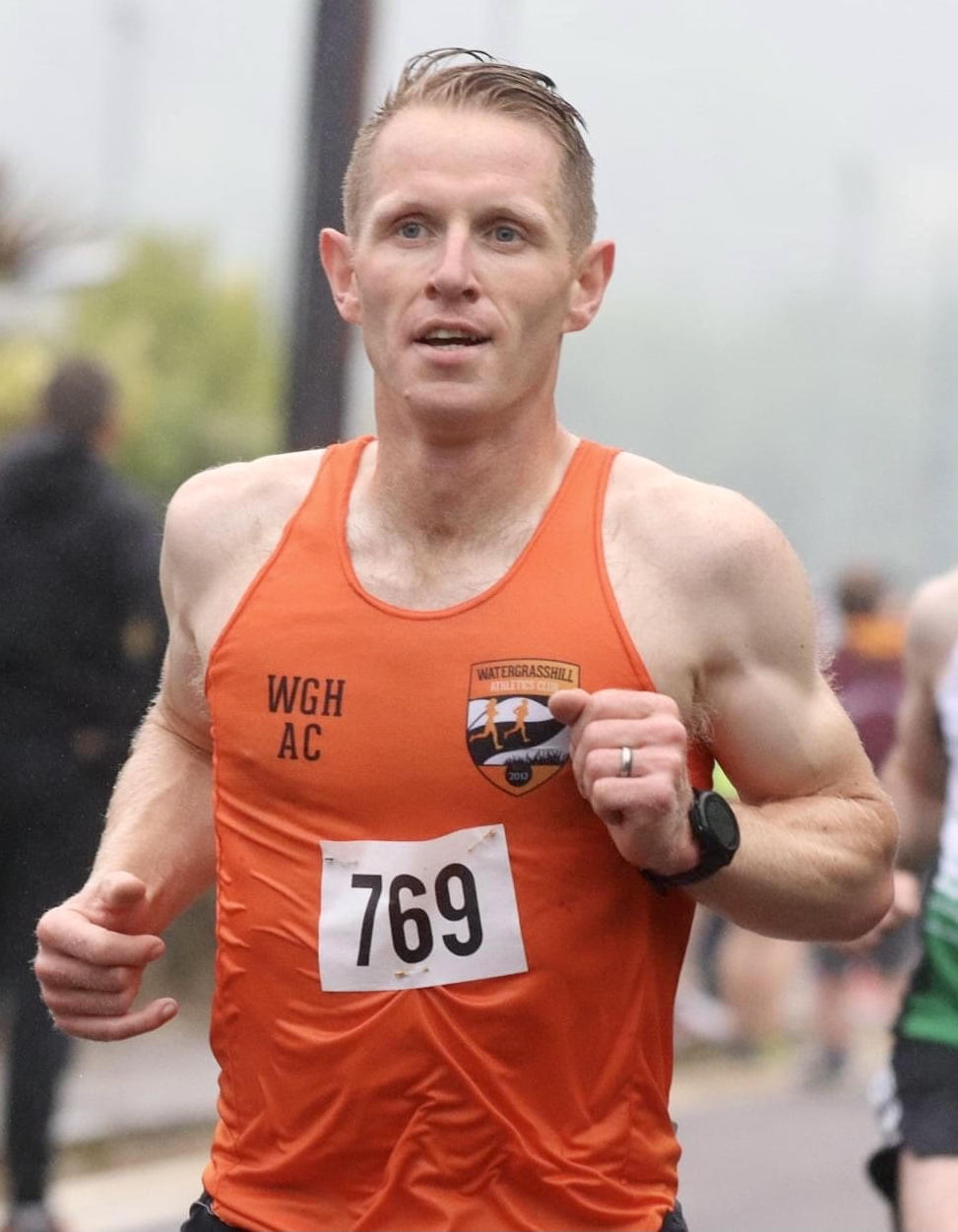 Coming up for air.

Stablemate Matthew Browne banged out a breathtaking PB at the East Cork Divisional Road Championships, running five miles in 32:14 to take a massive two minutes-plus from his result on the same course last year. The Cork fella, who harbours a penchant for triathlons, had no complaints with the weather—a fine evening with a sprinkling of rain.

The Stable News caught up with Matthew in transition, stripping off his wetsuit and fannying about with his clip-on shoes for the bike, to give us his take on the course:

“The race was held on the legendary Ballynoe route, infamous for its hill, which needs to be tackled four times before you get to head for the finish line. Though I’ve never been there, I’d make a direct comparison between it and Mt Everest! 🤔”

The Stable News’ Ally Smith heard this and took a screen grab of the course profile from Matthew’s Strava, likening it to a row of serrated shark’s teeth. Very tough-looking indeed!

We hung about for “the Browne Bomber” to finish on his £5000 carbon fibre tri bike (and hopefully catch him falling if he couldn’t unclip his shoes) to receive this golden nugget for the race organisers:

“They should consider redirecting the route next year so we could run down that hill four times instead; that should help speed me up. 😊”

Coach Stazza, smoking a Cuban cigar by the fire in a log cabin in Utah, had this to say about Matthew’s performance: “That route’s no joke! Taking two minutes-odd off a five-miler is some effort! Nice one, son.”

So what’s next for the runner who swims and bikes beforehand?

“Three triathlons next month, culminating in a half-Ironman on the 31st of July, which takes in a mountainous half-marathon—anyone could be fooled into thinking I like hilly running! After that, the plan is to switch to some marathon-specific training.”