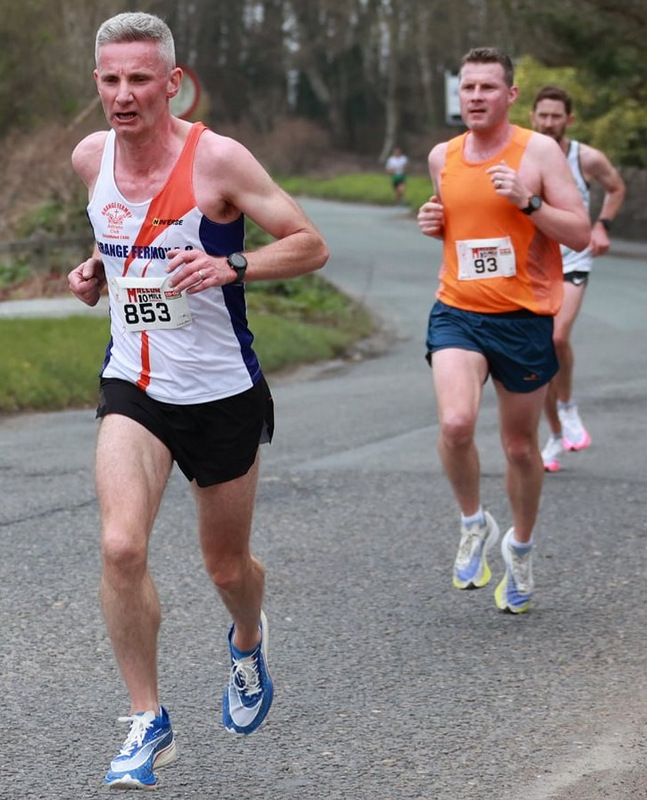 Stablemate Liam “Old Man” O’Connor took it to the young’uns at the Great Limerick Run, which incorporated the Munster Half-Marathon Championships. The 50-something fly fishing aficionado dry-dropped 75” off his half-Mary best (clocking 76:16) and caught M45 bronze in the provincial stakes.

Hot on the heels of another 75” PR at the Mallow 10 Mile back in March—where he earned M50 silver in a spectacular time of 57:24—O’Connor continues to show his class deep into the spring season.

The Stable News’ bulletin boy, Ally “the Chin” Smith, called up the auld fella for a recap:

Liam: Ah, not so good. I picked up a dose of the COVID after the race.

Ally: Not to worry, ol’ boy; The Stablemaster has hauled many back from the brink, so just listen to him and ease your way into it. How was Limerick, then?

Liam: The race was very well organised and managed on the day. A huge thank you to all the marshals and helpers, who were fantastic.

It was a great half-marathon course, with an elevation gain of 115 metres—a tough test indeed.

I had to drop down an age category, as there was no auld lad division for this one. In addition, my team, Grange-Fermoy AC, were the overall gold medallists in the Munster championship.

I was delighted with my run and my PB.

Ally: Excellent, Liam; sounds like you deserve a rest after that canter. So make sure you get plenty, and we can see you back in top form. When’s the next event?

Liam: Next race I have booked so far is the John Buckley 10-Miler in August, and then it’s on to the Dublin Marathon (hopefully) in late October, which will be my first attempt at that distance.

Ally: Oh yes, man! I can’t wait to see what kind of time you put down in Dublin; the half-century crew better watch out!

“Come in! Sit down, and I’ll order you some grub. No? You on a diet or something? You should’ve sent Ally … He’d have got his money’s worth out of me, hahaha. OK, Liam’s lung-busting Limerick lunge … Simply outstanding … I knew when he reeled 75” off his 10-mile time that he’d do the same over the half. Brilliant work, my boy … Now relax and get to full health … The mara’ is a different beast altogether!”