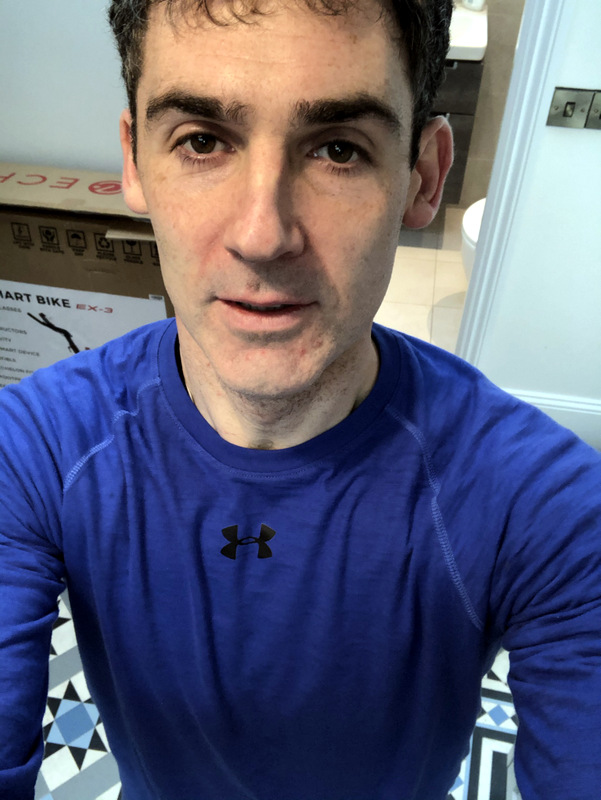 Barry “the Pianist” McKeon joined The Stable last October and has been going great guns with Stazza’s Super Base programme. So good, in fact, that he chopped 10 seconds off his PB at the Trim 10 Mile Road Race with a key slamming 66:48—despite the godawful wind and rain! Go on, Barry!

The town of Trim, Co Meath, Ireland, was awash with racers ready to rip their PBs to pieces, and our man McKeon was no different. Poised and ready for the gun, he took his final preparatory breath … And they were off! The Pianist placed 200th overall (told you it was busy) and 64th M40.

The Stable News’ Ally “the Chin” Smith found McKeon in an underground clavichord club, twinkling away and setting the mood, so the Chin seized the opportunity to get McKeon’s take on the race:

AS: Hi, Barry; this place is something else—like something from the 1800s.

BM: Yes, it’s where I come to relax and unwind and also reflect, through the music, on my runs.

AS: That’s what I’m here for. Tell me all about it; with a little musical accompaniment, if you’d be so kind.

McKeon began to craft his very own sonata, inspired by his heroes Beethoven, Chopin, and Rimsky-Korsakov as he told the Chin the tale of the tape.

BM: I ran very well and felt strong in pretty tough conditions. I wasn’t feeling 100% myself after a tough week at work and was a tinge under the weather.

Having said that, I feel I certainly would have dipped well below 66 minutes if the weather was good.

Then again, it was a tough race in early February after a first winter of Stazza’s Super Base training—so I have to be happy with the result. We haven’t even started the spring season sessions yet or any speedier stuff, so there’s have plenty to look forward to.

AS: Bravo, Barry; a spectacular performance to sum up a spectacular run. I know you’ll have loads to come off that in your next race. When is it?

BM: My next race is the Bohermeen Half-Marathon on March 13—chunky PB coming up!

AS: Absolutely, pal; I predict 10 mile and half-marathon PBs for you in that race. Keep up the great work, and I’ll see you in March.

The Stable News tracked Coach Stazza down in Kaptagat Forest (on his weekly walking meditations) for an insight into the Pianist’s performance(s): “Barry got in touch after his 3:17 at the London Marathon, and he’s a superb student … Keen to listen, asks questions, and works hard … An excellent run in tough conditions, Barry—wait until you see what happens next! Oh, and thanks for the melodic meditation music you sent; we’ll have you playing the old Joanna at this year’s Stablemates’ Summer Ball.