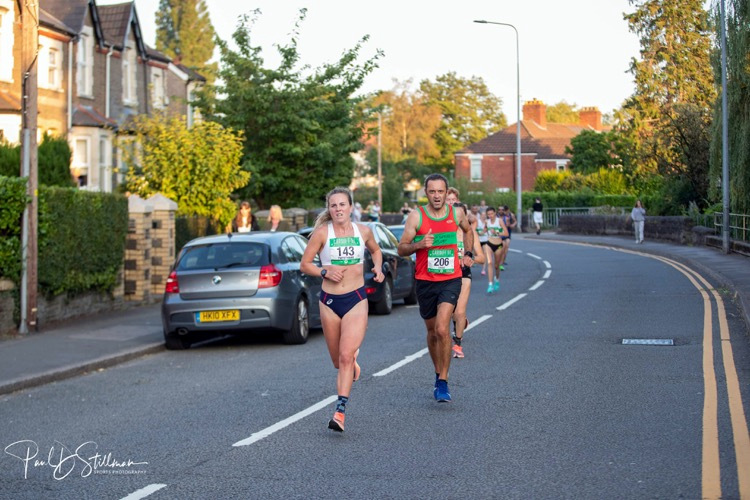 Brand spanking new Stazza’s Stable Elite Racing Squad member Elle Twentyman brought the thunder in her last race before becoming a full-fledged Stablemate, rattling out an impressive 34:20 at the Telford 10K—narrowly missing out on the top 10 with an 11th place finish.

Twentyman has a PB of 33:58 and blamed her Spotify playlist for not plucking her lucky song from Imagine Dragons before the race. A likely story!

The Stable News put a call through to Twentyman for the scoop:

“It was a nice morning; pretty good for December in the UK! Cool and breezy but sheltered under the trees.

Frustrating way to end the year, as I had felt like I was in PB shape before falling ill with a chest infection in the lead-up to Telford.

Stazza: Pass me the book again, Ally; I can’t see the piece I need.

Ally: What for? I can build Super Seb from memory—so graceful, so handsome, so powerful!

Stazza: Jeez, I thought I was your hero, Ally? I’d beat Coe in any race over 800m these days … Just wait till I’m back from Kenya, ha-ha.

Ally: Fair play, Coach, confident as ever. What do you think about Elle Twentyman’s 10K?

Stazza: Oh, that girl is going to be a force to be reckoned with; she’s an excellent addition to the Stable Elite Racing Squad. It was a solid run while under the weather, but she officially started with us the day after her race, ha-ha, so onwards and upwards from here on out. Well done, Elle. Twentyman’s next outing (as an official Stablemate) will be the Speedway 10K on January 23 in Chepstow, UK.