TWICE ACROSS THE TYNE 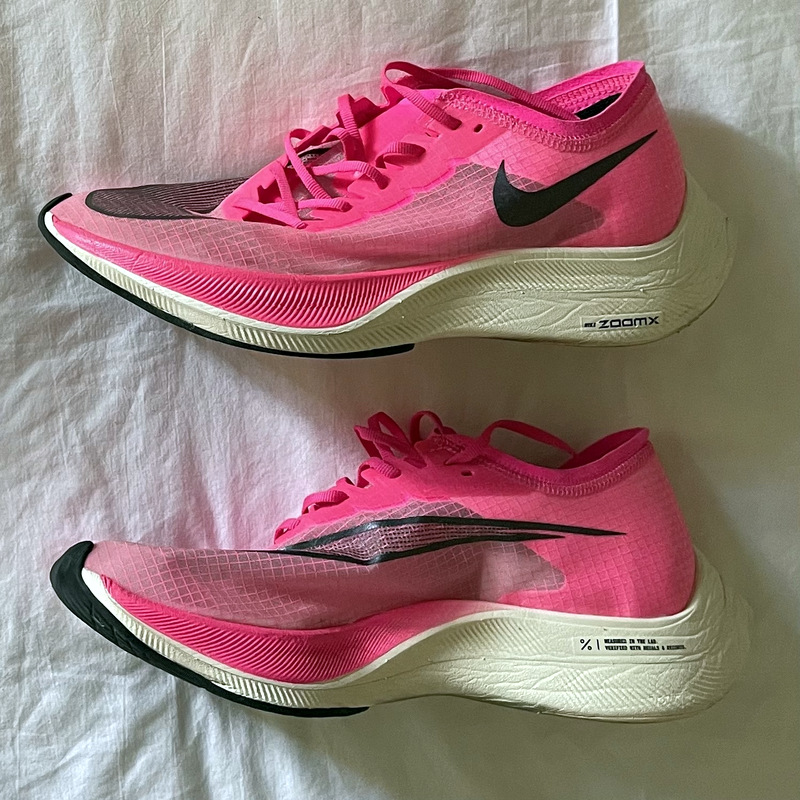 Alec Leamas wouldn't have been caught dead in these.

The Great North Run was back with bang for its 40th anniversary, and Stablemate Richard “the Recluse” James attacked the tougher, and much hillier, redesigned course with panache and pizzazz. His 1:22:21 was only 10 seconds shy of his 4’26” PB in Berlin three weeks prior.

The recluse took Brendan Foster’s self-described “world’s largest half-marathon” in his stride, and almost 57,000 other runners would only see the back of his head as he finished 249th overall and 53rd among his young peers.

The Stable News sent Ally “the Chin” Smith bombing down to Newcastle to hunt down the elusive James. Smith was confident he could find him with ease after their previous meeting, remembering those god-awful pink Nikes. But it proved more difficult than he thought, as the recluse was already on the move—and there was more than a fair share of fuchsia Vaporfly knocking about:

Ally: For goodness sake; I’ve gone and forgot my air horn, as well. This will need to do.

With that, Ally picked up a nearby traffic cone and roared as mightily as he could to get the attention of our man.

Ally: I’M SORRY I’M A LITTLE LATE, RICHARD! WHERE ARE YOU?

Scanning the streets for any sign of James, Ally noticed a flashing light coming from the far side of the field, drawing his attention. Not too clued up on his Morse code, Ally went over to investigate:

Ally: Can you not just sit still? I’m guessing no one here knows you? And I thought you were just running this for fun?

Ally: Get in and get the job done? Not sure who might be watching? Are you sure you’re a banker? You sound more like an assassin or a spy!

Richard: Ha-ha, hurry up and get to the point! I have a plane to catch.

Richard: No. 10 seconds off PB from Berlin on a tougher course.

Ally: Great. And how did you feel overall? It was a historic event, what with it being the 40th running of the race

Ally: That it? The biggest half-marathon in the world and you’re “reasonably satisfied?” Come on, Rich. Give me some feeling, a glimpse into your soul. Anything!

15 minutes later, Ally woke up with a foil blanket around him and Geordie paramedics checking he was OK: “What in the Hades happened? Aye, I’m fine, pal: I was just talking to … Oh, I cannae mind at the minute … some runner fella … I better get back to The Stable News and get this to them.”

The Stable News can neither confirm nor deny what happened to Ally on the 12th of September; only that his mouth got him into trouble, and that he was found with not a scratch on his wee head.

We got Coach Stazza on the blower for a recap of Richard’s race: “Nice one, my boy; a much tougher course than simply running downhill to Gateshead! Extra kudos for whatever you did to Ally. HAHAHA.”

The recluse will be running again shortly in the Royal Parks Half-Marathon—a jolly around London. He will be taking on his goal race, the Valencia Half-Marathon, not long after.